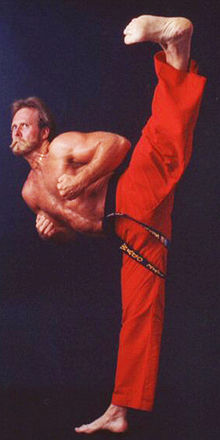 Cultural appropriation is the adoption of some specific elements of one culture by a different cultural group. It describes acculturation or assimilation, but can imply a negative view towards acculturation from a minority culture by a dominant culture.[1][2] It can include the introduction of forms of dress or personal adornment, music and art, religion, language, or social behavior. These elements, once removed from their indigenous cultural contexts, can take on meanings that are significantly divergent from, or merely less nuanced than, those they originally held.

The term cultural appropriation can have a negative connotation. It generally is applied when the subject culture is a minority culture or somehow subordinate in social, political, economic, or military status to the appropriating culture; or, when there are other issues involved, such as a history of ethnic or racial conflict between the two groups. A more neutral term is cultural assimilation which does not imply blame.

Cultural and racial theorist, George Lipsitz, outlined this concept of cultural appropriation in his seminal term "strategic anti-essentialism." Strategic anti-essentialism is defined as the calculated use of a cultural form, outside of your own, to define yourself or your group. Strategic anti-essentialism can be seen both in minority cultures and majority cultures, and are not confined to only the appropriation of the other. For example, the American band Redbone, composed of founding members of Mexican heritage, essentialized their group as belonging to the Native American tradition, and are known for their famous songs in support of the American Indian Movement "We Were All Wounded at Wounded Knee" and "Custer Had It Coming." However, as Lipsitz argues, when the majority culture attempts to strategically anti-essentialize themselves by appropriating a minority culture, they must take great care to recognize the specific socio-historical circumstances and significance of these cultural forms so as not to perpetuate the already existing, majority vs. minority, unequal power relations.

Cultural appropriation has also been seen as a site of resistance to dominant society when members of a marginalized group take and alter aspects of dominant culture to assert their agency and resistance. This is exemplified in the novel Crick Crack, Monkey by Merle Hodge when those who are colonized appropriate the culture of the colonizers. Another historical example were the Mods in the UK in the 1960s, working class youth who appropriated and exaggerated the highly tailored clothing of the upper middle class. Objections have been raised[who?] to such political cultural appropriation, citing class warfare and identity politics.

Justin Britt-Gibson's article for the Washington Post looked at the appropriation of Jamaican culture by Italians and of other cultures by African-Americans as a sign of progress:

Throngs of dreadlocked Italians were smoking joints, drinking beer, grooving to the rhythms of Bob Marley, Steel Pulse and other reggae icons. Most striking was how comfortable these Italians seemed in their appropriated shoes, adopting a foreign culture and somehow making it theirs. The scene reinforced my sense of how far we've come since the days when people dressed, talked and celebrated only that which sprang from their own background. For the first time in my life, I was fully aware of the spiritual concept that we're all simply one.

That sense hasn't left me. Everywhere I look, I see young people -- such as my two younger brothers, a Japanese-anime-obsessed 11-year-old and a pastel-Polo-sporting 21-year-old -- adopting styles, hobbies and attitudes from outside the culture in which they were raised. Last month in a Los Angeles barbershop, I was waiting to get my trademark Afro cut when I noticed a brother in his late teens sitting, eyes closed, as the barber clipped his hair into a "'frohawk", the punk-inspired African American adaptation of the mohawk. Asked why he chose the look, the guy, without looking up, shrugged, "Something different." Immediately, I understood. Minutes later, his "different" cut became my new look.[3]

Michael Lazarus, a Native American, in his essay Anti-racist Measures Take Culture Away From Sports published by the Lowell Observer writes that the use of an ethnic symbol by a sports team is a progressive, liberal act that can be used by a culture to embrace history rather than hide from it.[4]

A common sort of cultural appropriation is the adoption of the iconography of another culture. Examples include sports teams using Native American tribal names, tattoos of Polynesian tribal iconography, Chinese characters, or Celtic bands worn by people who have no interest in, or understanding of their original cultural significance. When these artifacts are regarded as objects that merely "look cool", or when they are mass produced cheaply as consumer kitsch, people who venerate and wish to preserve their indigenous cultural traditions may be offended. In Australia, Aboriginal artists have discussed an 'authenticity brand' to ensure consumers are aware of artworks claiming false Aboriginal significance.[5][6] The movement for such a measure gained momentum after the 1999 conviction of John O'Loughlin for the fraudulent sale of works described as Aboriginal but painted by non-indigenous artists.[7]

Historically, some of the most hotly debated cases of cultural appropriation have occurred in places where cultural exchange is the highest, such as along the trade routes in southwestern Asia and southeastern Europe. For instance, some scholars of the Ottoman empire and ancient Egypt argue that Ottoman and Egyptian architectural traditions have long been falsely claimed and praised as Persian or Arab,[8] and Greco-Roman, innovations, respectively.[citation needed] A more subtle example is brass band music trubaci. While this kind of music is almost exclusively performed by Romani people, who may not consider themselves Serbs, many people of Serbian origin consider this to be their own style.[citation needed] On the other hand, when the middle-class Slovenian band Pankrti adopted the style of London punk music rooted in unemployment and other issues specific to the UK, it was seen in Yugoslavia as the spread of British culture and its adaptation to the local setting.

African American culture historically has been the subject of a good deal of cultural appropriation, especially elements of its music, dance, slang, dress, and demeanor. (See blackface and cool.) For example, artists such as Eminem, a white American who adopted a contemporary African American musical style may be perceived this way. Another prominent example of cultural appropriation is the use of real or imaginary elements of Native American culture by North American summer camps, by organizations such as the Boy Scouts of America, or by New Age gurus, some of whom put up for commercial wholesale, paraphernalia modelled on Native American healing traditions and techniques (see plastic shamans). Many summer camps, and many age-segregated groups of campers within summer camps, are named after real Native American tribes (Mohawk, Seminole, etc.); tipis are common at summer camps for example. The Boy Scout honor society is called the Order of the Arrow. Similarly, popular authors and non-indigenous self-styled teachers of Huna claim to be teaching authentic Native Hawaiian cultural practices, but often their notion of "Huna" is a synthesis of Freudian psychology, New Thought and New Age metaphysical beliefs. Controversy has also arisen concerning the usage of the leprechaun mascot by the Boston Celtics basketball club and the University of Notre Dame Fighting Irish football team.[citation needed] Some people of Irish ancestry see the usage as an example of cultural appropriation and even racism. Leprechauns appear in many Celtic mythological motifs, and the reduction of this mythological figure to a set of stereotypes and clichés may be perceived as offensive.[4][not in citation given] A common term among the Irish for someone who appropriates or misrepresents Irish culture is Plastic Paddy.[9]

And in some contemporary Western subcultures such as gay culture, metrosexual fashion is sometimes seen as a form of cultural appropriation done by straight men. This view is parodied in the South Park episode "South Park is Gay!" Another Western-styled subculture borne in the USA called Wiggers have often been criticised by blacks for cultural appropriation. However, black street culture has been said by some to contain examples of a type of cultural appropriation. For instance, the word "innit": - question tags such as these existed in West Country English long before it became fashionable for blacks to use them (e.g. "innum?" meaning "aren't they?", "inner?" meaning "isn't he?", "innee?" meaning "aren't you?" etc.). Another example is consonant swapping e.g. by saying "aks" instead of "ask": - consonant swapping has been common in the West Country for a long time e.g. "chillurn" (children), "gert" ("great", although used to mean "very"), "Burdgwa'er" (Bridgwater) etc. In many instances though, these redefined fashion statements and changes in the way subcultural colloquialisms, slang-forms, and linguistic idioms are used often include elements that bear a resemblance to markers of cultural identity but because they are categorically as such more in the line of trends within popular culture than statements of a traditional culture, such subcultural emblematic adoption and language-use practices therefore would more aptly be described as a "borrowing" of sorts relative to the elements of one subculture being taken and implanted by another. The term cultural appropriation however is more accurately applied to those situations where indigenous cultures or oppressed minorities have been robbed of their cultural property (either overtly or more discretely) by the governments and social institutions of the majority society, and these situations have usually had turbulent historical trajectories with marked intergenerational impacts on the collective transformation undergone by both individuals and communities within these cultures.[citation needed]