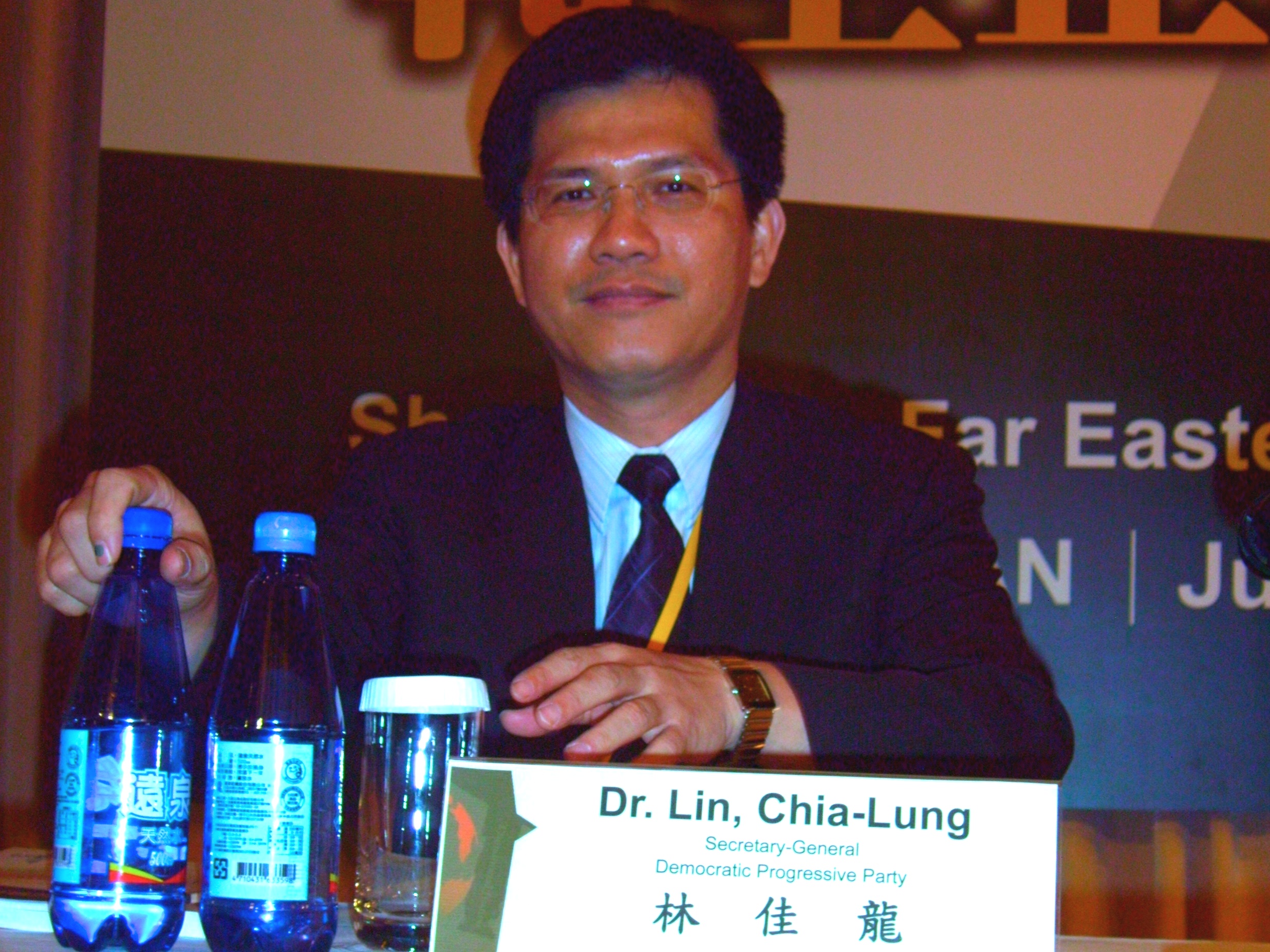 Lin Chia-lung (zh-tpw|t=林佳龍|p=Lín Jialóng|w=Lín Chia-lúng; born , in , ) is a Taiwanese academic and political figure, perhaps best known for serving under various capacities in the ROC under President , and his unsuccessful run for Mayor of on the ticket in May 2005.

Lin was born in Taipei's to parents from , and was raised in both areas.

Lin attended (NTU), where he received his bachelors (1986) and master's degrees (1988) in political science.

Lin currently resides in Taichung City with his family.

Lin was appointed as an advisor to the National Security Council in 2000, and to the position of cabinet spokesman in 2003.

Due to his performance as cabinet spokesman, Lin was appointed director of the (GIO) by President following his reelection in 2004.

Lin resigned from his position as GIO director in March 2005 to run as (DPP) candidate for mayor of .