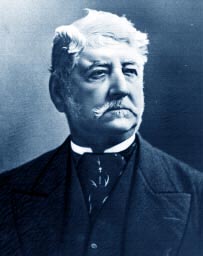 Arthur Kennedy was born in , , on 5 April 1809, the fourth son of Hugh Kennedy and his wife Grace Dorothea (née Hughes). He was educated by private tutor and in 1823&ndash;24 attended , where he met his predecessor as , Sir .

Kennedy returned to in 1846, and the following year sold his captaincy and took up an appointment with the Poor Law Commission. His job was to administer relief to the many inhabitants of who were affected by the Potato Famine.

In 1851, the famine having ended, Kennedy's position was abolished, and he applied for a position in the Colonial Service. In May 1852 he was appointed Governor of , but before assuming office he was appointed Governor of instead. He served in this office until 1854, during which time he made many administrative changes in an attempt to reform the corrupt and inefficient government.

In 1854, Kennedy was promoted to the position of . He took up the position the following year, serving until 1862. He reputably had an autocratic manner and was considered a despot by many ns. Popular opinion quickly turned against him, and in August 1856 a public meeting was held in Perth to protest against his methods. During his tenure as governor, Western Australia flourished, essentially because of the large amount of British money that was spent in the colony under the system of of convicts. However when Kennedy resigned in 1862, he claimed that much of the colony's success was due to his legislative efforts. On his return to , he was appointed a CB.

Kennedy's next appointment came in July 1863. The decision had been made that Vancouver Island and British Columbia, which had previously been governed together by a single governor, were each to have their own governor, and Kennedy was appointed Governor of Vancouver Island. Compared to his previous appointments, Vancouver Island was comparatively insignificant, and might be considered a demotion. Kennedy arrived at Vancouver Island in March 1864. Facing an extremely aggressive determined to challenge his executive power, Kennedy achieved little of note in his two years in office. During this time the colony fell into a disastrous economic depression, and Kennedy was unfairly blamed by the colony's inhabitants. With the creation of the , Kennedy left office in October 1866.

Governor of the West African Settlements

In 1872, Kennedy was appointed the 7th , a position in which he served until 1877. During his tenure, he created the , which served as the unitary monetary unit for the territory. Since this time, the Hong Kong dollar has (albeit with a short period of disruption) served as the single monetary unit for the entire territory. He also developed , the western end of on the .

After his appointment as Governor of Hong Kong expired, Kennedy was immediately appointed , serving in that position until 1883. That was his last post in the Colonial Service. In 1881, Kennedy was created a GCMG.

On his resignation as Governor of Queensland, Kennedy boarded the "Orient" with the intention of returning to . On 3 June 1883, when the "Orient" was off in the , Kennedy died. He was buried at sea.

In 1839, Kennedy married Georgina MacCartney, who died on 3 October 1874. They had two daughters and a son, Arthur Herbert Williams, who entered the army. His daughter, Elizabeth, married .

Places named after him

, an area in the Western District of , and Kennedy Road, which is located in the mid-level of in , were both named after him. , a large freshwater lake near , is likewise named for him.