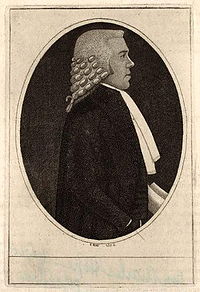 The eldest son of John Hope, he studied law at Edinburgh University. He was admitted as an advocate in 1784 and was appointed sheriff of Orkney in 1792. He was Member of Parliament for Edinburgh from 1803 to 1805. He was appointed Lord Advocate from 1801 to 1804. He was raised to the bench as Lord Granton and served as Lord Justice Clerk from 1804 to 1811, when he was promoted to be Lord President of Court of Session an office he held until 1841. He became Lord Justice General when that office was united with the office of Lord President in 1836. He was appointed a Privy Counsellor in 1822. He was an active Colonel of the Edinburgh volunteers.

He married Charlotte Hope, daughter of John Hope, 2nd Earl of Hopetoun, on 8 August 1793 at Dirleton, East Lothian. They had two sons:[1]