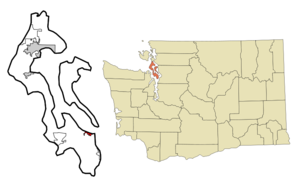 Today, Langley is a tourist destination. Many businesses in the city promote themselves in tourist pamphlets available around the world. Langley is home to a 1930s era movie theatre, a grocery store of the same vintage, and several restaurants.

Based on per capita income, Langley ranks 92nd of 522 areas in the state of Washington to be ranked.

Mystery Weekend is a yearly event occurring the last weekend in February. A fake newspaper story is run in the or a fake newspaper can be purchased from the Visitor & Information Center, detailing the persons involved. The players are instructed to search every store for a box of cards, with a clue to the mystery printed on each card. Various locals play the parts of characters in the story, and players are invited to question them for information. The players who believe they have solved the game may submit their solutions and enter into a drawing of prizes.

[http://www.choochokamarts.com/ Choochokam] is held the weekend after Independence Day each July. The city closes most of First Street and Anthes Ave. south to Third St. Artists from around the Northwest showcase their art, while local musicians perform on a downtown stage.

[http://www.djangofest.com/nw/home.htm/ Djangofest] NW is held in September each year. This five-day festival celebrates the gypsy jazz style of Django Reinhardt, and featues workshops, concerts, and impromptu jam sessions around town.

The third weekend in August Langley hosts the Island County Fair. This is one of the biggest community gatherings of the year. The fair has such an impact, that Island Transit will run special shuttles between Langley and the Clinton Ferry, as well as Shuttles between Oak Harbor and Langley, and extra ferry trips on the Clinton to Mukilteo run routinely at several hours.

There were 486 households, out of which 24.3% included children under the age of 18, 40.9% were married couples living together, 12.1% had a female householder with no husband present, and 44.7% were non-families. 39.9% of all households were made up of individuals and 21.2% had someone living alone who was 65 years of age or older. The average household size was 1.97 and the average family size was 2.61.