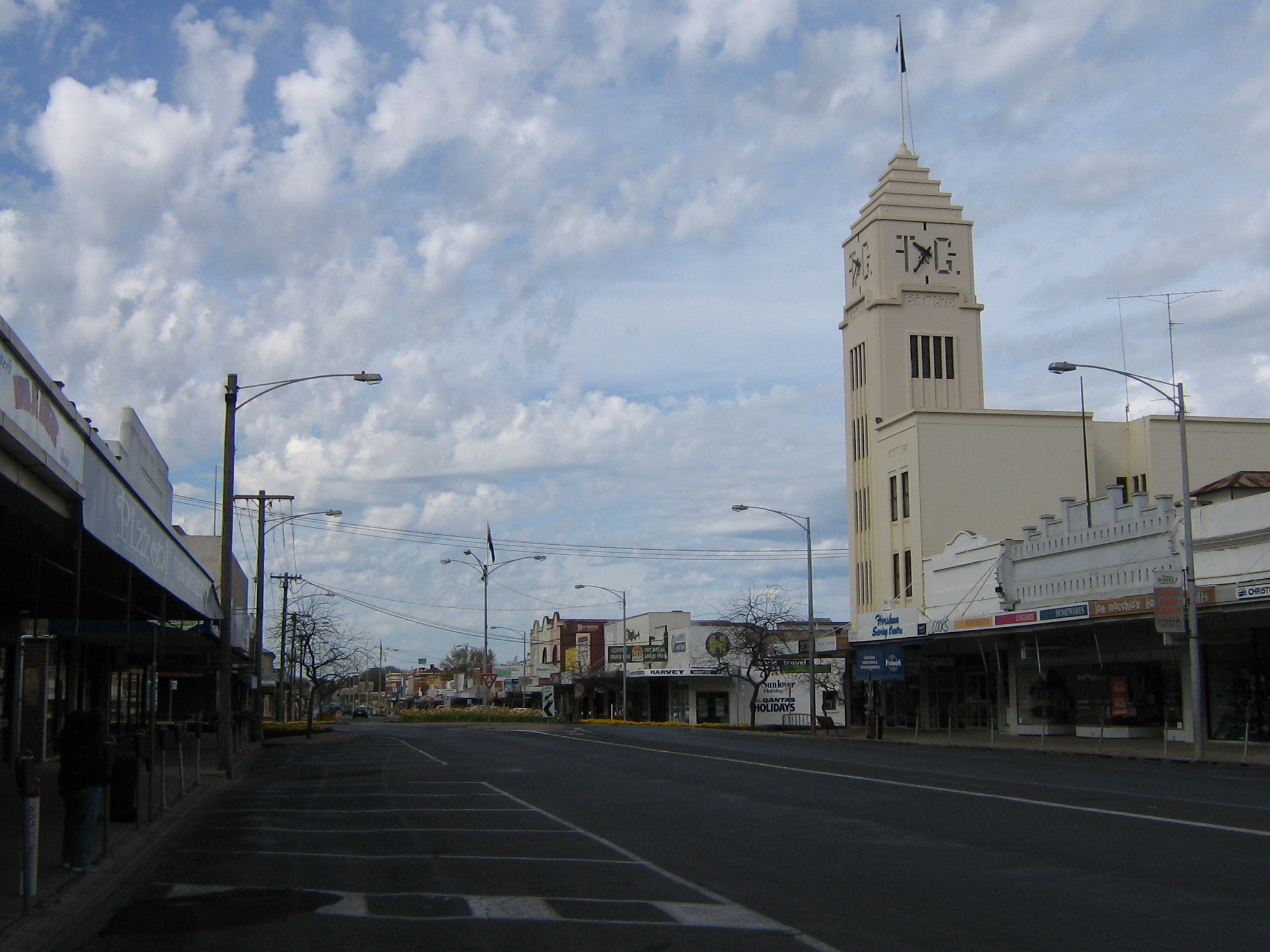 Horsham is the largest city by population and regional centre of the region of . At the 2006 census, Horsham had a population of 14,125. Horsham is in the federal . Currently held by the National party, it is the most seat in the country. [cite web | url=http://www.abc.net.au/elections/federal/2007/guide/mall.htm | title=Mallee - Federal Election 2007 | accessdate=2007-10-30 | author=Antony Green]

Horsham was surveyed and settled in the late 1840s, the Post Office opening on ,

The Horsham Borough Council and the Shire of Wimmera operated the McKenzie Creek Tramway from the town to a stone quarry, some 8km to the south. The horse tramway opened in 1885 and ceased operating in 1927. Special picnic trains operated from time to time conveying residents in open wagons ["The McKenzie Creek Tramway" Vanstan, K. Australian Railway Historical Society Bulletin, September, 1974 pp202-207] .

Horsham is where the Western Highway (connecting to ) and the (from Portland north towards Mildura) cross paths with the .

Horsham railway station is on the main Melbourne and Adelaide railway. "" operates between the state capitals and stops in Horsham thrice a week in each direction for passengers, however there is no direct connection to the rail network. Long interstate freight trains regularly travel through the town, and a local container freight service is operated by for Wimmera Container Lines. [cite web
url=http://wimmera.yourguide.com.au/news/local/news/general/rail-to-roll-on/1229118.aspx
title=Rail to roll on
work=Wimmera Mail Times
date=28/07/2008
publisher=yourguide.com.au
accessdate=2008-07-30] Until July 2008 it was operated by , who cancelled it in April then gave it a three month reprieve. [cite web
url=http://www.abc.net.au/news/stories/2008/04/21/2222687.htm
title=Rail freight woes spark crisis of confidence
work=ABC News
publisher=www.abc.net.au
accessdate=2008-07-16] [cite web
url=http://www.abc.net.au/news/stories/2008/04/24/2226019.htm
title=Three month extension for Wimmera rail freight services
work=ABC News
date=April 24, 2008
publisher=www.abc.net.au
accessdate=2008-07-16]

operates a coach service to and from Horsham from various areas. Melbourne bound passengers board a train in Ararat to continue their journey. Public transport within Horsham is limited to the town bus service operated by 'Wimmera Roadways/Horsham Bus Lines', consisting of 2 buses and 5 routes.

The town is also served by .

Sport and fitness are well-supported in Horsham. There are two well-equipped gyms, a large indoor stadium with facilities for , and other indoor sports.There is a brand new Aquatic centre that has just opened with a 25 metre heated pool and gym facility. Local team sports are very popular way of exercising. There are two Football and Netball leagues based around Horsham - the Wimmera Football & Netball League (the main league) and the Horsham & District Football & Netball League. The town has three football teams competing in the the Horsham Demons, the Horsham Diggers and the Horsham Saints. The Horsham Demons have had great success in recent years having won the last 6 Wimmera Football League premierships until 2008. And the Laharum Demons (District League) have been the biggest grand final winners over the past 50 years. They are also the base for the Horsham Cricket Association, the major cricket league in the Wimmera. Other sports include Field Hockey and volleyball.

Tourism is not a major industry in the city, although it is near the . There is a tourist wool factory where it is possible to buy woollen products and view how top quality wool is grown in covered sheds.

There is a walk along the , which is restrained by a , but the water flow is rather intermittent, due to a which also makes the farming industry harder for the farmers.