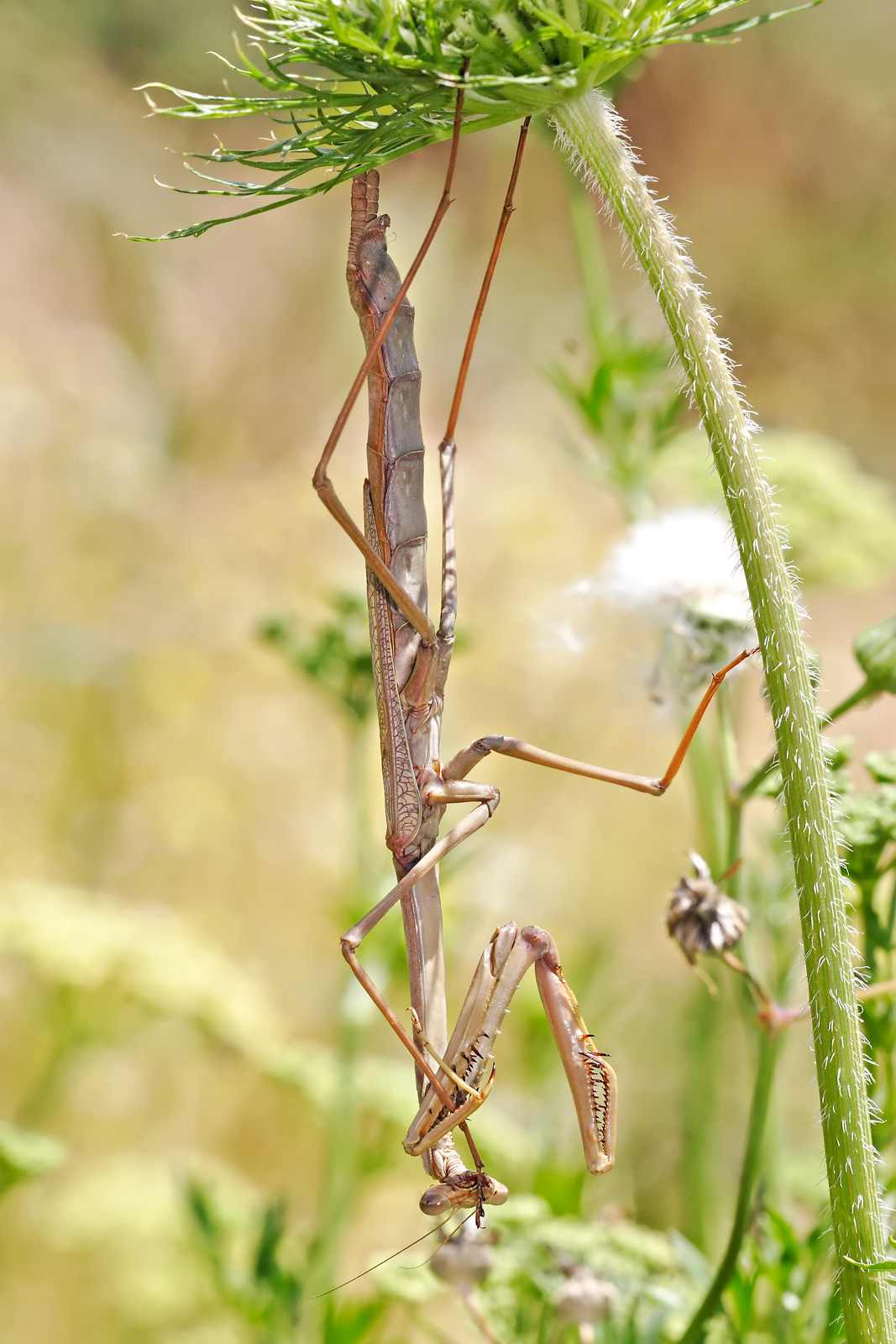 "Archimantis latistyla", commonly known as the large brown mantis (also known as the stick mantis or Australian mantis) is a species of mantid native to . The large brown mantis has a few subspecies, and one of them is the stick mantis ghost from Bundabergs Turtle Sands. The stick mantis ghosts are not as aggressive as the original species but have a defense display used to make the mantis appear larger by flinging its front legs into the air and putting its head down along with its antennae. Large brown mantids are light brown with short winged female and a long winged male. The subspecies from Bundaberg is a pale cream white with a yellow and black eye in between the arms (one and a half times the size of the original species).

Large brown mantids are not suitable for beginners and are only recommended for those with experience with the stick mantis. Keeping them is a tricky but pleasing experience because the female is meaning the female can produce an without the male, though in this case only females are produced.

*Never release two females in same the cage.
*Never over-bloat the female mantis.
*Never use fly spray around praying mantids.
*Never have mantids in the same enclosure.
*Never have a wide distributed ootheca in your enclosure.

("footnote")* winged and winged is the way some species of mantids develop. The mantis is called "short winged" -- the pair of wings reach only half her and is not able to , but the long winged male has wings that cover the entire abdomen. The wings have four sets of wings and wing covers. The top set are the covers and the bottom wings enable the mantis to fly.