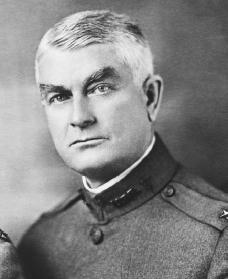 Dr. Stinchfield was asked to join the medical practice in 1892 by William Worrall Mayo. Once Dr. Stinchfield was on board, W. W. Mayo retired at age 73. Other asked to join the practice were Drs. C. Graham, E. Starr Judd, , Melvin Millet and Donald Balfour. This group of doctors, along with their dedicated staff, created the world's first private integrated group practice. The generosity of the Mayo brothers and partners insured the future growth of the Mayo Clinic.

Dr. Will Mayo was born to and his wife Louise in in his parents' home. As a child, William and his brother Charles frequently accompanied their father as he went about his business as a pioneer physician. They began by helping out with very menial tasks, and were gradually given more responsibility. Eventually, the boys were administering anesthesia and tying off blood vessels.

On a stormy night at the age of 16, Will accompanied his father to an abandoned hotel where one of the elder Mayo's patients worked as the caretaker. The patient had just died and Dr. Mayo was going to perform an autopsy. Will stood by and watched the procedure and after about an hour, it was time to go to another patient's home. Dr. Mayo asked his son to stay behind and clean up. "Sew up the incisions and then tuck the sheet around the corpse. When you finish, go right home." Will nervously began to stitch up the incisions on the body and recounted the incident many years later saying, "I'm about as proud of the fact that I walked out, instead of ran, as of anything else I ever made myself do".

Mayo earned his medical degree from the in 1883. Afterwards he returned to Rochester to practice medicine alongside his father and his brother Charles.

On August 21, 1883, a terrible struck Rochester, killing 24 people and seriously injuring over 40 others. One-third of the town was destroyed, but young Dr. Will and his family escaped serious harm. The relief efforts began immediately with a temporary hospital being established at the town's dance hall. The Mayo Drs. were extensively involved in treating the injured who were brought there for help. Mother Alfred Moes and the Sisters of Saint Francis were called in to act as nurses (despite the fact they were trained as teachers and had little if any medical experience).

After the crisis had subsided, Mother Alfred Moes approached about establishing a hospital in Rochester. On September 30, 1889, the dream became reality as Saint Mary's Hospital opened its doors. Dr. W.W. Mayo (who by this time was 70 years of age) became the consulting physician and surgeon at the hospital, and his two sons began seeing patients and performing surgery with the assistance of the Sisters of Saint Francis. Mayo died in 1939 in Rochester, MN and is buried near his parents and brother at Oakwood Cemetery in Rochester.

The printed a stamp depicting him and his brother, , on , .