WBAL-TV is the NBC-affiliated television station in Baltimore, Maryland. It broadcasts a high definition digital signal on VHF channel 11. It is one of the flagship stations of Hearst Television, a wholly owned subsidiary of the Hearst Corporation, which also owns sister radio stations WBAL (1090 AM) and WIYY (97.9 FM). The three stations share a studio and office facility on Television Hill in the Woodberry section of Baltimore, near the transmitting tower WBAL-TV shares with WIYY and four other Baltimore television stations. Syndicated programming includes Live! With Regis and Kelly, The Nate Berkus Show, Anderson, The Dr. Oz Show, The Ellen DeGeneres Show,[1] with Inside Edition, and Access Hollywood.

WBAL-TV began operations on March 11, 1948 from its original studios on North Charles Street in Downtown Baltimore. It was owned by Hearst Corporation along with WBAL radio and two newspapers, the Baltimore News-Post and the Baltimore American (which later merged as the Baltimore News-American before shutting down in 1986). It is one of two Hearst-owned stations to have been built from the ground up by the company (the other being Pittsburgh's WTAE-TV), and the oldest to be continuously owned by Hearst through their various television subsidiaries through the years.

At its launch, WBAL-TV was an NBC affiliate. Early programming include Musical Almanac, Look and Cook, and Know Baltimore, along with news and sports productions. In the 1950s, the station introduced Romper Room, Baltimore's first live morning variety show. This show eventually became a nationally franchised program. Another long-running show of the 1950s was the weekday Quiz Club, co-hosted by local personalities Brent Gunts and Jay Grayson.[2] Baltimore Sun columnist Jacques Kelly described it at the time of Grayson's death in June 2000, as "pure 1950s live television ... executed on a low budget ... the genial hosts ... ruled the 1 p.m. airwaves".[2]

WBAL-TV produced several local bowling shows in the 1960s and early 1970s, including Strikes and Spares, Pinbusters, Duckpins for Dollars, Bowling for Dollars, and Spare Time. The station even went as far as building bowling alleys at its studios. It also launched several children's entertainment shows during this period, such as Rhea and Sunshine, Pete the Pirate, P.W. Doodle, Heads Up, and the teen-oriented Kirby Scott Show.

WBAL-TV's first stint as an NBC affiliate ended on August 30, 1981, when the station swapped affiliations with WMAR-TV (channel 2), then owned by the Baltimore Sun, and became a CBS affiliate. CBS was not pleased with WMAR-TV's frequent pre-emptions and low news ratings.[3] As a CBS affiliate, however, channel 11 pre-empted an hour of the network's daytime schedule everyday, as well as half of its Saturday cartoon lineup. Channel 11 also did not run CBS's late night programming. Baltimore viewers who wanted to see the entire CBS line-up could do so through WDVM-TV/WUSA in Washington, D.C., which was available over-the-air in most of the Baltimore area and pre-empted little network programming.

The WBAL-TV studio and office facility, on Television Hill in Baltimore.

In 1994, the E.W. Scripps Company, the present owners of WMAR-TV, negotiated with ABC to affiliate with its Baltimore station as part of a multi-station deal. In response, CBS and Westinghouse Broadcasting formed a partnership (they later merged) resulting in the CBS affiliation moving from WBAL-TV to Westinghouse's WJZ-TV (channel 13), Baltimore's longtime ABC affiliate. Largely by default, channel 11 rejoined the NBC network on January 2, 1995, and has remained the market's NBC affiliate since then. It should be noted that WBAL-TV had been invited to switch affiliations to ABC in 1977 (when ABC was the number-one network in primetime), and turned them down out of concerns about the poor ratings for ABC's evening newscasts.[4][5]

In August 2005, WBAL-TV launched a 24-hour local weather channel, WBAL-TV 11 Insta-Weather Plus, broadcast over-the-air on digital channel 11-2 and by cable in much of Maryland on Comcast channel 208.

The station was a prominent feature in the movie Diner, set in Baltimore. One of the character's girlfriends works there, and another character watches College Bowl, an NBC program aired on WBAL-TV.

WBAL is one of the few NBC affiliates that does not air the fourth hour of Today.

The station's digital signal is multiplexed:

WBAL-TV shut down its analog signal, over VHF channel 11, on June 12, 2009 ,[6] as part of the DTV transition in the United States. The station had been broadcasting its pre-transition digital signal over UHF channel 59, but returned to channel 11 for its post-transition operations.[7][8] Several VHF digital stations received permission for a power increase later that month after stations experienced signal problems as a result of changing their digital channel from UHF to VHF. WBAL-TV chose to test its equipment before making a commitment.[9]

WBAL Plus is WBAL’s digital sub-channel. It is broadcast over the air on WBAL 11.2, on Comcast digital channel 208, and Verizon FiOS channel 460.[10] Programming on WBAL Plus consists of WBAL 11 Insta-Weather Plus, news casts, and other special programming.

For many years, WBAL-TV had waged a spirited battle for first place in the ratings with WJZ-TV. For example, In 1974, WBAL introduced the Action News format to Baltimore. Characterized by short, usually 90 second, news "packages" and upbeat introductory news themes, Baltimore's Action News briefly replaced Channel 13 as the number one news station in Baltimore during the mid-seventies. The architect of the success was news director Ron Kershaw, who had come to Baltimore from Texas and was considered somewhat ahead of his time.[11] He brought in talented anchors like Sue Simmons and Spencer Christian and streamlined the news operation. Kershaw later brought other innovations to WNBC-TV in New York and WBBM-TV in Chicago as news director at those stations. Since the late 1980s, it has been branded News 11, WBAL-TV 11 News, or just simply 11 News.

From the early 1960s through the 1970s, WBAL-TV was the ratings leader in Baltimore. WJZ-TV took the lead in the 1970s and held it for 30 years, but WBAL-TV was a strong runner-up for most of that time. In recent years, WBAL-TV's newscasts placed first at 5 p.m., 6 p.m. and 11 p.m. However, in the November 2009 Nielsen ratings sweeps period—the first since the debut of The Jay Leno Show--WBAL's 11 pm newscast fell precipitously from first to a distant second behind WJZ. (By contrast, the 11 pm newscast on WRC-TV in nearby Washington, DC was one of the least affected late-night newscasts of any NBC affiliate or O&O in the country; it continued to dominate its competitors.) WBAL still leads at 5 and 6 pm. With NBC taking Leno off of prime-time in February 2010, it could take some time before the 11 o'clock newscast would regain the lead.

On January 3, 2009, WBAL-TV became the second station in Baltimore (behind WBFF-TV) to launch local news and weather in high definition. Only the in-studio cameras and the stations' helicopter were in HD at the time of the switch. For over a year, most field reports were still in pillarboxed 4:3 standard definition. Most field reports are currently shot in 16:9 widescreen enhanced definition.

WBAL-TV has boasted many television firsts, including:

In addition, WBAL-TV became the first Baltimore TV station to win a Peabody Award for local news coverage (and the first Baltimore television station to win the award in any category in more than fifty years). WBAL's "11 News" was also awarded as one of the top three Best Television Newscasts by the National Headliners Association, alongside WFAA-TV in Dallas, and sister station WCVB-TV in Boston. 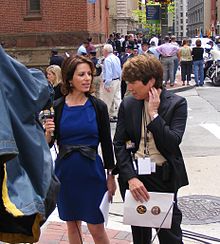 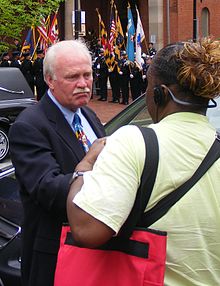