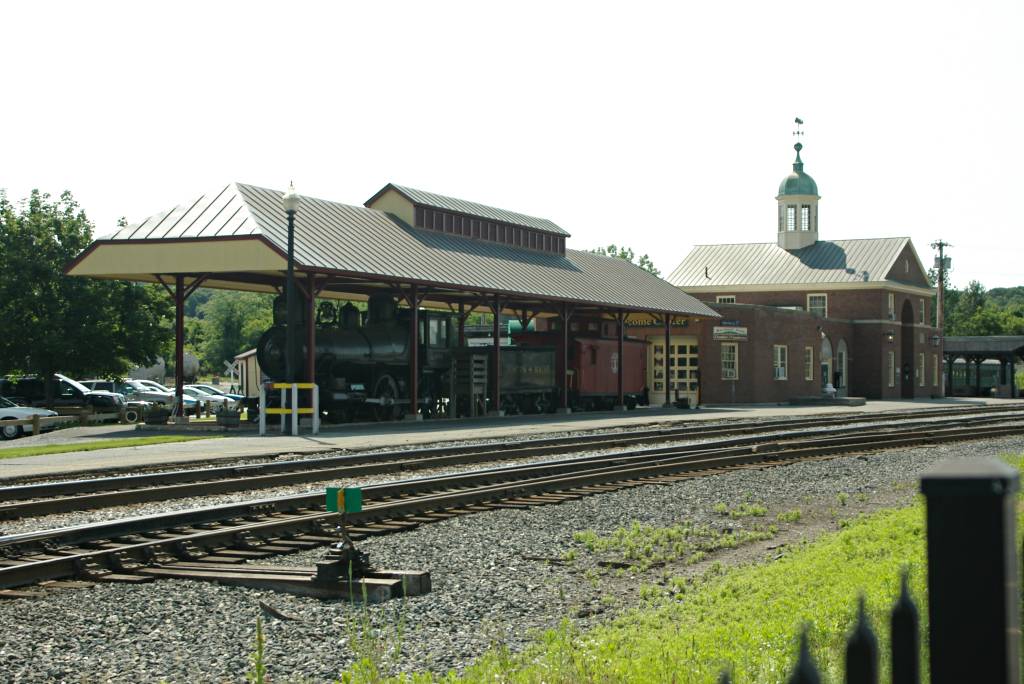 White River Junction is a (CDP) in the town of Hartford in Windsor County, , . Part or all of the village has been designated a that is listed on the , and the downtown area reflects the urban architecture of the late 1800s and early 1900s.

It takes its name from the White River, which joins with the there.

There were 1,169 households out of which 28.1% had children under the age of 18 living with them, 38.0% were married couples living together, 13.4% had a female householder with no husband present, and 44.5% were non-families. 36.9% of all households were made up of individuals and 15.7% had someone living alone who was 65 years of age or older. The average household size was 2.19 and the average family size was 2.86.

White River Junction served as the location for the filming of director 's film "", in part filmed on the ice floes of the Connecticut and White Rivers, starring and . While filming, both cast and crew lodged at the Hotel Coolidge (then the Junction House). After 1950, important murals were painted on the walls of this hotel by painted the murals in the nearby Post Office Building in the 1930s.

White River Junction is home to the , a 2-year focusing on .

It is also home to the , a renovated 45,000 square foot (4,200 m²) bakery that houses artists, creative businesses and a cafe. The renovation was orchestrated by Matt Bucy, a Yale-trained architect who formerly wrote software for .

The , described by the Washington Post as "quirky and avant garde", is an eclectic display space for and an experiment in a new . It makes its home in White River Junction's former fire station on Bridge Street, next to the underpass.

White River Junction is also home to , a professional regional .

Since the summer of 2007, local musicians have been playing at Elixir Restaurant and Lounge. Modeled after New York City meatpacking district clubs, this restaurant and bar features high end martinis, tappas, and jazz music.

White River Junction, known mostly for its quirky and artistic downtown area, is also the home of one of Vermont’s only two strip clubs. Hollywood’s Hardbodies is set away from the historical downtown Main Street area atop of Sykes Hill. The club is a separate room inside Upper Valley Lanes and Games, a bowling alley that is popular with teens and preteens on weekend evenings and league bowlers during the week. Also in the bowling alley complex is a country and rock and roll bar and grill called Shenanigans.

*, The Weather Channel .
* Industrialist and Democratic candidate for Governor of Vermont, 1896.
*, artist and founder/director of the Center for Cartoon Studies.
*, .
* Eric Francis, journalist and true crime author of [http://www.amazon.com/Dartmouth-Murders-Martins-Crime-Library/dp/0312982313] The Dartmouth Murders