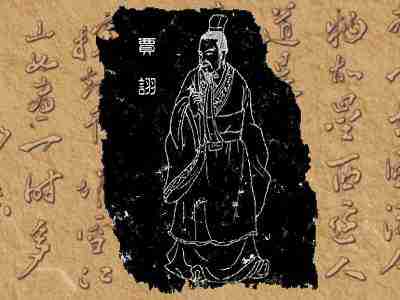 Jia Xu (賈詡) (147 - 224 AD), styled Wenhe (文和), was an important strategist and advisor during the era of . He followed , and before finally joining . After Cao Cao's death, he served his successor, . Jia Xu was known as a straightforward and practical man [http://www.kongming.net/novel/kma/jiaxu.php] .

Jia Xu was born in Gozang (姑臧) in (now Wuwei, ). He received proper education since his childhood. A man from Hanyang named (閻忠) once stated that Jia Xu had the genius of and , two famous strategists in the early . He was appointed as an official in the Eastern Han government when he was a youth. However, upon seeing the corruption in the government at the time, he returned to Wuwei with excuses of sickness. On the way back he was captured by rebels from the Di tribe along with several other travellers. He lied that he was the grandson-in-law of (段熲), a popular general at that time, and was treated with respect and released, while the other travellers were all executed.

In 185 AD, in the northwest initiated a rebellion with the assistance of the various tribes, and took the Liang province for himself. The court of Eastern Han appointed general Dong Zhuo to subdue the rebellion, and Jia Xu was appointed as an advisor of the campaign. Dong Zhuo soon grew powerful as victory came after victory with Jia Xu's advice. In 189 AD, Dong Zhuo entered the capital city of , and became the de facto leader of the court by using Emperor Xian as a mere puppet. Dong Zhuo's cruelty and recklessness, however, soon started to create enemies, and Jia Xu, sensing defeat in Dong Zhuo, left the court. Jia Xu was then appointed as an advisor of Dong Zhuo's son-in-law, .

In May 192 AD, Dong Zhuo and Niu Fu were killed by in Luoyang. Li Jue and a few other loyalists of Dong Zhuo, including , , and , managed to escape. Jia Xu then went to join Li Jue and suggested him to gather troops and take so as to avenge the death of Dong Zhuo and to take the Emperor captive. The plan succeeded; however, Guo Si and Li Jue start to fight over who was in control despite Jia Xu's mediation, and Jia Xu left them, partly also because his mother died. Nonetheless, Li Jue and Guo Si, admiring his talent, ordered him back.

In 196, Li Jue and Guo Si were once again engaged in a major conflict against each other, and because of this, Jia Xu deserted them. Jia Xu then made connections with Zhang Ji's nephew Zhang Xiu who was in and joined him. Jia Xu suggested an alliance with , which was concluded. However, he soon repented and told Zhang Xiu that Liu Biao was weak in nature, a view shared by many others, including the famous strategist .

In 197, the powerful warlord Cao Cao attacked Zhang Xiu. Jia Xu and Zhang Xiu feigned surrender and made a sudden fire attack against Cao Cao in the , which destroyed Cao Cao's entire army, though Cao himself managed to escape. In part to Jia Xu's advice, Zhang Xiu was able to turn back several of Cao's later attacks with the help of Liu Biao.

In 199, , a major warlord at the time, sent a request for Zhang Xiu to join him in his fight against Cao Cao. Zhang Xiu wanted to accept the request; however, Jia Xu turned away the messenger and told Zhang Xiu that Yuan Shao was not worth serving. Ultimately Jia Xu advised Zhang Xiu to surrender to Cao Cao, a surrender which was well-received by Cao. Jia Xu then became an advisor to Cao Cao and later Cao Pi.

Jia Xu helped Cao Cao defeat Yuan Shao in the by advising Cao Cao to cut off Yuan Shao's grain supply, which succeeded and became an important factor of the decisive victory of Cao Cao, and eventually his unification of Northern China.

In 208, after Cao Cao took Jing province from Liu Biao, Jia Xu suggested Cao Cao not to attack , an advice which was rejected, and Cao Cao soon regretted the decision when his entire army was demolished at the . Soon afterwards, Cao Cao was attacked by an army led by Han Sui and in the . Jia Xu laid out a plan which turned Han Sui against Ma Chao and ensured victory for Cao Cao.

Jia Xu was a major supporter of Cao Pi, the eldest son of Cao Cao, in his conflict with for the succession of Cao Cao, and successfully talked Cao Cao into selecting Cao Pi.

When Cao Pi abolished Emperor Xian of Han and made himself emperor, he asked Jia Xu whether to attack the state of Eastern Wu or first. Jia Xu said that Cao Pi with his state of at that time had neither the power to attack Wu nor Shu. Cao Pi rejected his advise and once again suffered a major defeat from Wu.

Jia Xu died out of natural causes when he was 77 years old. He was given the posthumous title Marquis Shu (肅侯; Respected Lord).