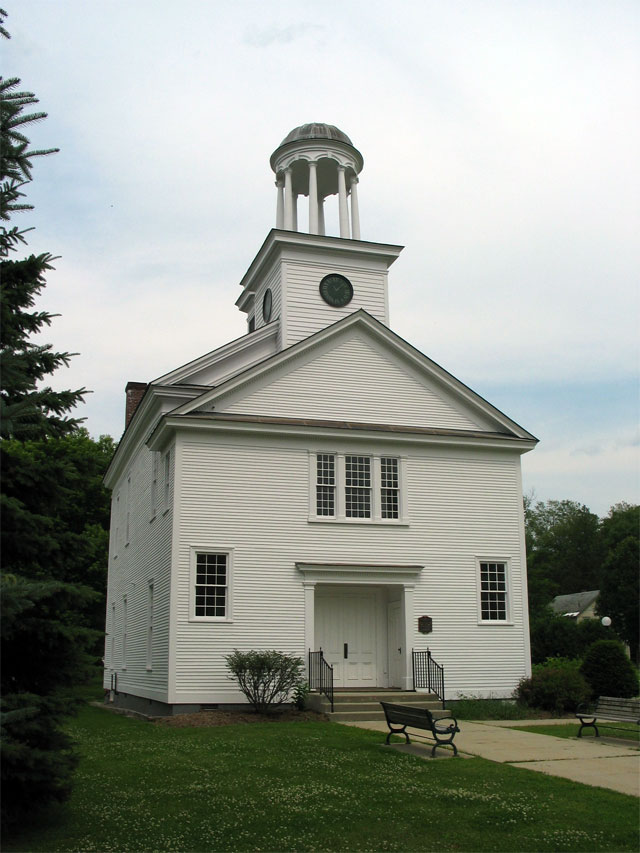 The town of Castleton is comprised of three distinct areas. One is the Village, where the post office, town offices, a bank, a general store, a 1940s style diner and a few other commercial enterprises make it relatively busy, with the College on a side street nearby. is the second area, a five-mile (8 km) long resort and fishing spot, with its post office in Castleton Corners. The third post office is in , an extension of Main Street at the end of Lake Bomoseen.

Castleton was chartered in 1761. The charter for convert|36|sqmi|km2 of land was granted by Gov. of and divided the land into 70 "rights" or "shares". Governor Wentworth retained ownership of two shares and several others were given for churches and a school. In the spring of 1767, the town’s first settlers, Amos Bird and Noah Lee arrived in Castleton from Salisbury, . Castleton's favorite landmark, Birdseye Mountain, is named for Col. Bird. He had acquired 40 shares of land when the town was chartered and built a permanent residence there in the summer of 1769. Three families had settled in Castleton by 1770. More settlers followed and by 1777 the town consisted of 17 families.

In May of 1775 and his met in Castleton with to plan their next day's attack on , convert|30|mi|km west, on the New York side of . Their successful capture of the Fort was a holding action that lasted two years until the British launched a powerful sweep southward on Lake Champlain. The battle at nearby , followed by battles at Bennington and Saratoga, marked the turning point of the in the north. Although German soldiers were stationed in Castleton for a time in 1777, they left as the fortunes of the war changed, and sympathizers were treated with scorn by Castleton settlers.

Following the war, Castleton continued to grow as an agricultural community. Farmers raised cattle, and then turned for a while to sheep. Saw mills and gristmills were the first industries established in town. During the nineteenth century the slate and marble industries thrived in and around Castleton. The railroad came in 1854, and the last half of the century saw the development of tourism around Lake Bomoseen. Several luxury hotels were built around the west end of the lake. A trolley system ran from the center of town to Lake Bomoseen, a population for tourists vacationing during the summer. The Hydeville area flourished in the mid-1800s as a slate quarrying and milling center.

In the nineteenth century Castleton flourished and many residents built elaborate houses to replace their log cabins and primitive frame houses. Between 1900 and 1940 several fires occurred in Castleton Village, Castleton Corners and Hydeville, as well as at the lakeside resorts. Despite this destruction of hotels and the original commercial and industrial areas of its villages, the town of Castleton retains an architectural heritage spanning two hundred years of Vermont history. Castleton’s mile-long tree-shaded Main Street, with its array of Federal and style houses and public buildings, many by builder Thomas Royal Dake, has been listed almost in its entirety on the .

Many businesses and residential buildings in the town of Castleton are owned by John and Pamela Rehlen, including the Birdseye Diner, a laundromat, the Castleton Village Store, and a deli. Committed historic preservationists, Pamela Hayes Rehlen—who grew up in the area—and her husband began in the 1980s to buy up large portions of the town’s buildings and paint them a distinctive shade of yellow, the same color as their mansion in the center of town.

There were 1,550 households out of which 28.8% had children under the age of 18 living with them, 52.2% were couples living together and joined in either or civil union, 9.2% had a female householder with no husband present, and 35.0% were non-families. 23.7% of all households were made up of individuals and 8.0% had someone living alone who was 65 years of age or older. The average household size was 2.47 and the average family size was 2.92.