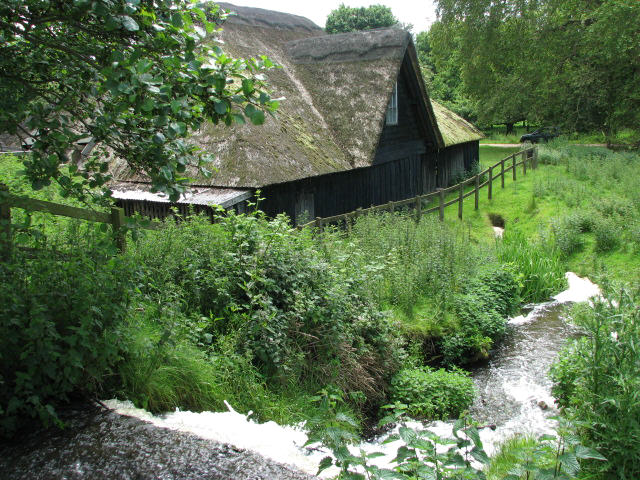 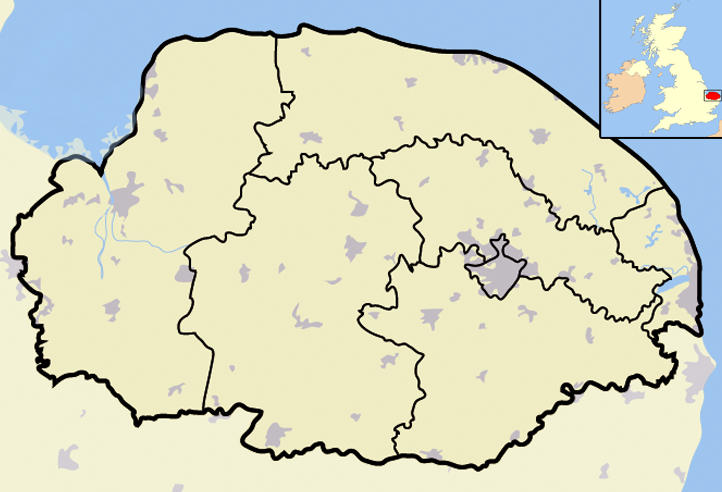 Hagon Beck is a minor which rises in the north of the English county of [Ordnance Survey, Explorer Map, Norfolk Cost East, ISBN 0 319 23815 8] . It falls into Great Lake in Gunton Park, which in turn feeds Suffield Beck. Suffield Beck is a tributary of Blackwater Beck which in turn joins the River Bure. It's spring is a little north of the village of Roughton. There were two on the beck. The first was located at Gunton and the second is a sawmill in Suffield Park.

The of records a watermill [ [http://www.norfolkmills.co.uk/Watermills/gunton.html ] Gunton Watermill] on Hagon Beck at Gunton that continued working right through the medieval period. The estate on which the mill stood was sold in and by then the mill had ceased to work although a map that was provided in the sale particulars showed that the millpond still remained. The millpond was still shown on the Ordnance Survey map of although by the time this map was published time Hagon Beck had been dammed to form the lake known as Great Water to the north of the mill. It is likely that it was the damming of the beck that caused the demise of Gunton Watermill. Great Water was created to feed Gunton Park Sawmill.

Gunton Park Sawmill was built as a sawmill in the 1820’s to provide sawn timber for the 12,000 acre Gunton Hall Estate [ [http://www.norfolkmills.co.uk/Watermills/gunton-sawmill.html] Gunton Park Sawmill] . It is the only surviving water powered sawmill in Norfolk. It was constructed as a simple timber framed building open on three sides. It has a hipped thatched roof of the local Norfolk reed. Hagon Beck fed the lake and the mill was set below the water level which provided the power two drive two identical 12 foot diameter by 5 feet wide breastshot wheels via a guillotine gate. One wheel powered the main 6' 6" flywheel driven reciprocating saw and the other was set to drive a circular saw and ancillary equipment including a small corn mill that was also included at the mill site. The outflow from the sawmill then became Hagon Beck once more, eventually rejoining the original watercourse.