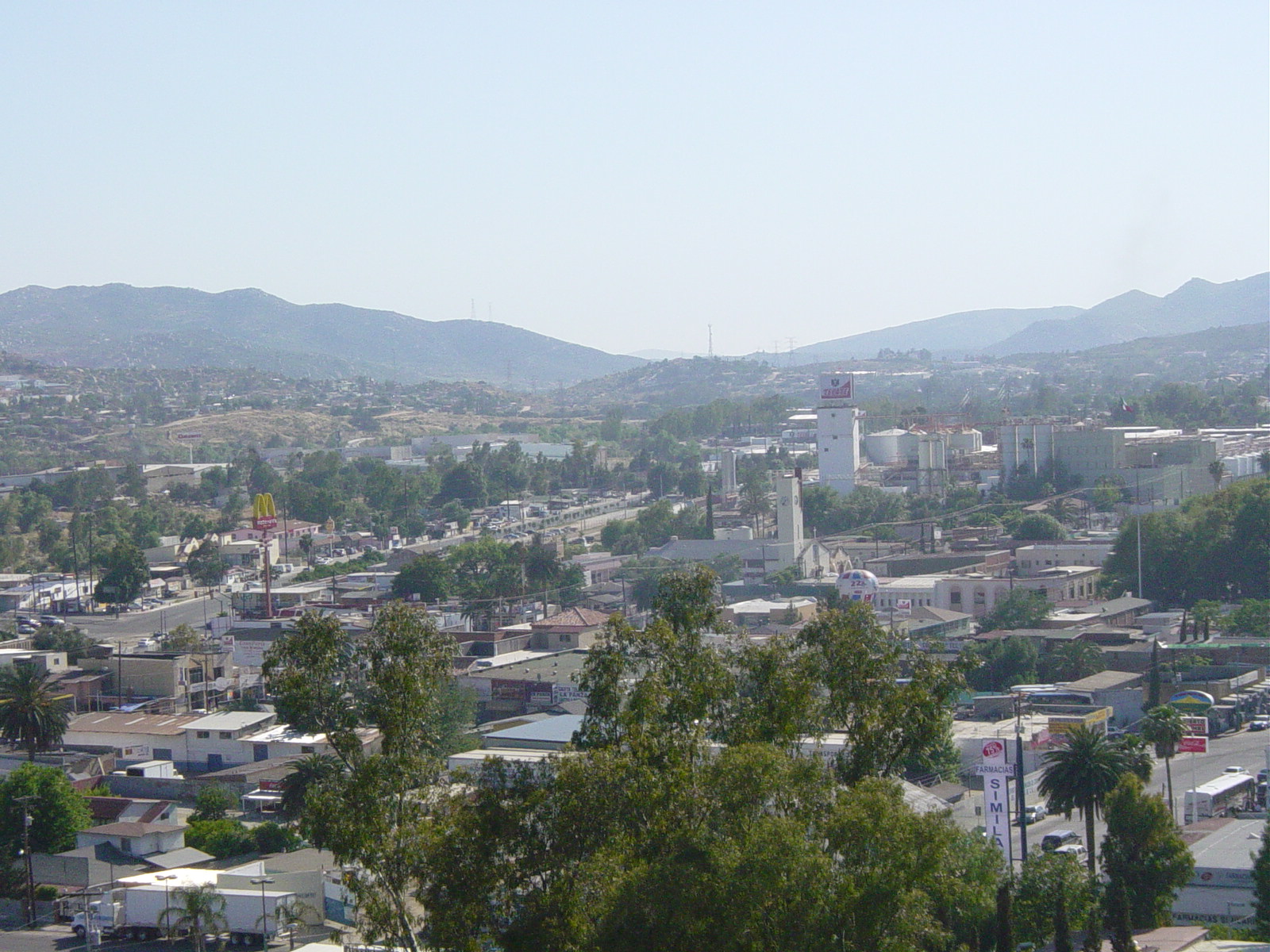 Tecate is a small city in the of , located at coord|32|34|30|N|116|37|7|W| on the border with the and adjacent to . There is a border crossing which is much quieter than nearby or , making it a more accurate representation of small-town . The crossing is not open between 11 p.m. and 5 a.m. Although the city is only 40 miles from San Diego, the link is a winding mountain road, so Tecate is not so viable as an alternative to long lines on the Tijuana–San Ysidro border.

Tecate is best known outside of its region as the home of Tecate beer and author . Tecate beer is one of the best-known beers in Mexico and California. It is typically drunk pouring lime and salt on the top of the can. The resulting flavor of beer, salt and lime is one of the typical Mexican flavors. Many people drink it together with "Cacahuates Japoneses", a kind of s and other types of snacks.

In May, the annual Tecate-to-Ensenada bicycle race takes place, with thousands of cyclists from both sides of the border participating. July is the time for a two-week celebration in Los Encinos Park, featuring dance groups, crafts, food concessions, and exhibits.

The pamplonada, or running of the bulls, was ordinarily held in August in the 1980s and early 1990s along one of the main streets, but was canceled because of a series of accidents and violence.

Tecate also has a stadium called "Manuel Ceceña", where played the local team, the "Cerveceros".

Tecate's altitude of approx. 1700 feet (550 m) above sea level and its proximity to the ocean afford an agreeable climate. It rains enough in the area for a thick ground cover of shrubs to grow; the change from maritime to desert climates is at a higher altitude a couple hours drive further east.

Tecate is also the name of a small river that courses through the city, and of a hamlet on the Alta California or US side of the border, affectionately known as "Tecatito" (population around 100; zip code 91980).

Tecate is also the site of the first brewery of .

Tecate is on a spur of the toll road linking Tijuana with Mexicali across the central Sierra. It is also on the older two-lane east-west road which is toll-free.

The city is home for the , which has fallen in disuse. Instead, Tecate residents are served by nearby , closer to Tecate than Mexicali International Aiport, used to a lesser extent.