"Italian Spiderman" is a film of Italian action-adventure films of the 60s and 70s currently being developed by Alrugo Entertainment, an Australian film-making collective formed by Dario Russo, Tait Wilson, David Ashby, Will Spartalis and Boris Repasky [ [http://www.theaustralian.news.com.au/story/0,25197,23730619-12332,00.html The Australian] ] . The film is a reference to foreign movies that misappropriate popular American superheroes such as: the Indian version of "Superman" (1987) [ [http://www.badmovieplanet.com/unknownmovies/reviews/rev266.html The Unknown Movies] ] , "I Fantastici Tre Supermen (3 Fantastic Supermen)" (1967) and "La Mujer Murcielago (The Batwoman)" (1968) [ [http://www.bleedingskull.com/vhs/mujer.html Bleeding Skull] ] .

The project began as a trailer for a non-existent film, produced as a student film at [ [http://www.news.com.au/adelaidenow/story/0,22606,22880792-5006346,00.html The Advertiser] ] . The first installment of the feature film premiered across the Internet on 22nd May 2008, further installments followed on a weekly basis.

The film is a 1968 Italian action-adventure film made by Alrugo Entertainment, which was deemed "un-viewable" by Italian distributors and never released. The story has the only 35mm print of the film being lost at sea, but recovered in the present day, thereby allowing Alrugo Entertainment to release the film through [http://www.youtube.com/watch?v=UhHhXukovMU|YouTube] .

Alrugo Entertainment was founded in 1961 in Palermo, Italy by orange-farming mogul Alfonso Alrugo. After accruing considerable wealth in the citrus trade, Alfonso decided to start a film production company that produced films that he felt "did the job". Alfonso was very supportive of up-and-coming practitioners and helped to nurture the blossoming careers of a spate of Italian directors like Gianfranco Gatti, Massimilliano Buonatempi, Carlo Zoffa and of course Giacomo Dentibiachi. Alrugo Entertainment began producing low budget, nudie-cutie pictures such as "Busto Busto" (1961) and "Sex Cops II" (1962). During this period, Alfonso was to discover two men who would play a large role in the next part of his life, director Gianfraco Gatti and actor Franco Franchetti. In 1964 Alrugo went into production of Gatti's opus, "Italian Spiderman". "Italian Spiderman" was a heavily adapted and abridged interpretation of a novel Gatti had read during a summer in Moldova entitled "Death Wears a Hat". When applying for the option, however, the author felt "Italian Spiderman" held such little resemblance to his work that payment was not necessary and felt that his name should be distanced as far as possible from the production. After three years of turbulent production and about $15 million later (a sum unheard of for any production of the time) "Italian Spiderman" was finally completed in 1968. 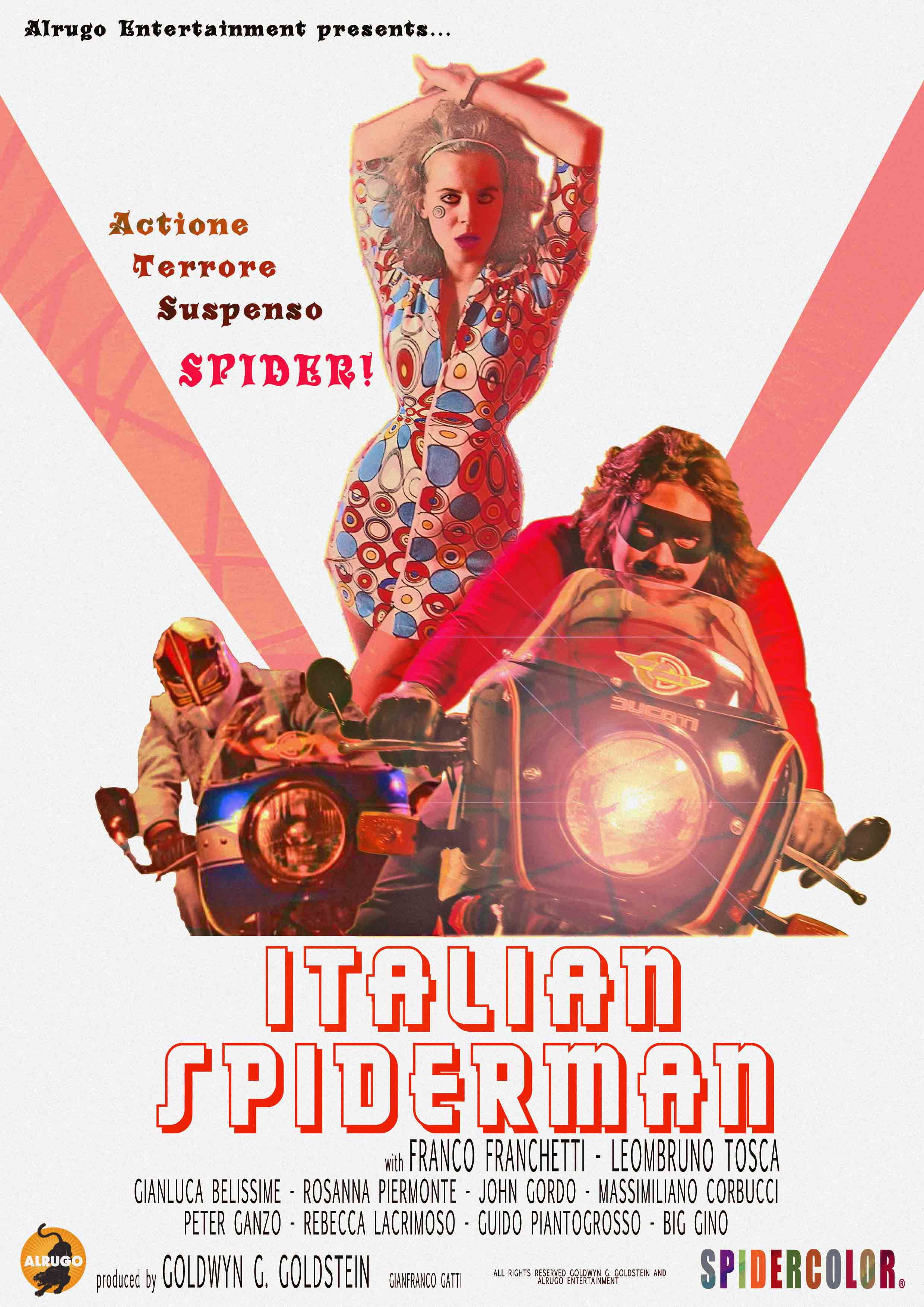 Even though Alrugo had survived the epic production period, a venture that Gatti described as "opening the gates of hell" (Gianfranco Gatti wrote about "Italian Spiderman" in his autobiography "Opening the Gates of Hell"), the company was in debt. There was no money left to distribute the picture and Alfonso had pulled every last favour he had during the production process. In a desperate attempt to show "Italian Spiderman" to the world, Alfonso sent the only existing print across the Atlantic on a cargo ship to a distributor friend of his in New York - the ship, however, never reached its destination. In the summer of 1969, Alfonso Alrugo closed the gates to Alrugo Entertainment and donned his orange-picking glove once more. Gianfranco Gatti went on to direct hardcore pornography and Franco Francheti died in a spearfishing accident. On Alfonso Alrugo's dying wishes, his two grandsons Vivaldi and Verdi Alrugo led an expedition to scour the Atlantic for the cargo ship carrying the only existing print of "Italian Spiderman".

On the 9th of January 2006, after four years at sea, they discovered the sunken vessel with the cans intact inside. In the excitement of this amazing discovery, Vivaldi and Verdi reopened Alrugo Entertainment and spent two years restoring the full-length print of "Italian Spiderman" from its watery grave. Vivaldi and Verdi believe that the Internet is the best device to expose "Italian Spiderman" to the world. In November 2007, they uploaded the theatrical trailer and in 2008, ten remastered excerpts from the feature will be broadcast for free over , , and other video-hosting websites. Hopefully through the Internet, the world will now have a chance to behold Alfonso Alrugo's dream: "Italian Spiderman" [ [http://www.myspace.com/alrugo Alrugo Myspace page] ] .

As of 23 July 2008, ten mini-episodes of "Italian Spiderman" have been released.

Italian Spiderman's powers that have been revealed:

* Footage of an Italian Spiderman video was shown on the due to the main character resembling .