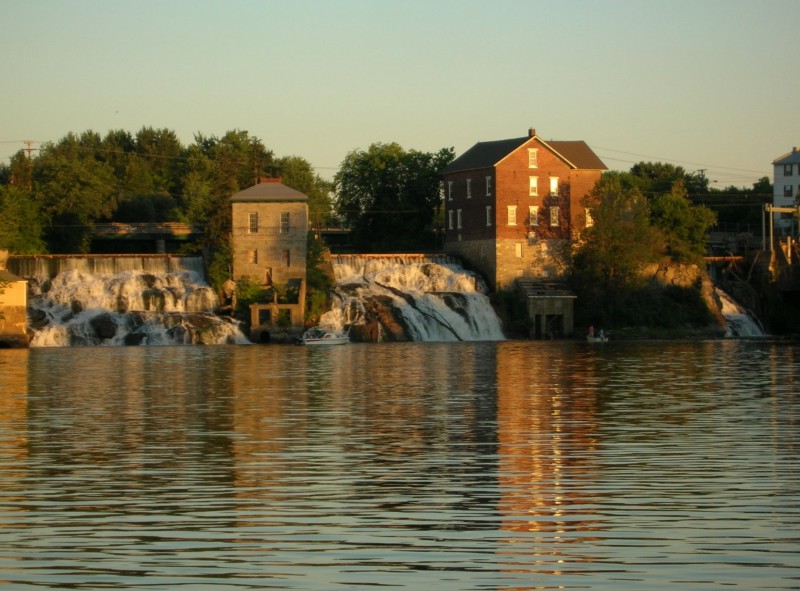 Vergennes is a city located in the northwest quadrant of Addison County, , in the . Bordered by the towns of Ferrisburgh, Panton and Waltham, as of the 2000 census the city population was 2,741. It is the smallest of Vermont's nine cities in terms of population (though the city of Winooski covers a smaller area).

The city's borders form a rectangle, nearly a square. The Otter Creek river travels north through the town. In the middle of town is a tall falls, at 37 feet, with a large, infrequently flooding basin.

The City of Vergennes was established in 1788. It is one of the oldest established cities in the , and is the smallest in Vermont. The motive of a city form of municipal government is said to have been to provide a vision for building the area as an industrial center. The Otter Creek Falls and close access to the waterway was thought to be a fertile place for commercial growth.

Industry boomed in the late-nineteenth century, in particular a shipping industry connected to the Champlain Canal and wood-finishing related to lumber imported from . As railways supplanted the canal system, manufacturing declined. An ill-fated railroad spur from Ferrisburgh to the base of the falls proved a failure, with grades too steep for practical operations.

Commercial decline continued in the twentieth century, narrowing down to a few surviving companies; as the twenty-first opened, a group of civic boosters and merchants shined up the downtown area along Main street. The resultant 'boutique Vergennes', catering to tourists and transients, is hampered by centralization of land ownership and resultant escalation of commercial rents.

There were 979 households out of which 34.3% had children under the age of 18 living with them, 48.8% were married couples living together, 11.6% had a female householder with no husband present, and 35.4% were non-families. 28.2% of all households were made up of individuals and 12.5% had someone living alone who was 65 years of age or older. The average household size was 2.47 and the average family size was 3.02.

Vergennes has four schools: Vergennes Union Elementary School, , Champlain Valley Christian School, and Northlands Center, which has no affiliation with the former Weeks School [formerly an orphanage and juvenile delinquent home until the late 1970's, in the same facility.]

The city features the , which has weekly events involving the community and special guests, bands, singers, politicians and theater groups.