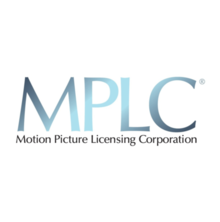 Under the United States Copyright Act, Title 17 of the United States Code, movies may be shown without a separate license in the home to “a normal circle of family and its social acquaintances” because such showings are not considered public. However, only the copyright holder has the right to “perform” a movie outside the sphere of family and friends.[1] A "public performance" is a showing of a motion picture or other program outside of the home. This legal requirement is the same whether the movie or program has been purchased, rented, or borrowed; buying the movie does not grant one the right to perform it in public.[2] Both for-profit organizations and non-profit institutions must secure a public performance license, regardless of whether an admission fee is charged.[3]

However, films may be shown without a license to non-profit educational institutions for “face-to-face teaching activities”. This exemption does not apply to school showings occurring outside of school hours, entertainment use, or activities not directly related to curriculum.[4]

Copyright law also entitles persons to publicly perform film content — even content from Hollywood productions — if that performance qualifies as a "fair use" of the copyrighted material.[5] What is and is not a fair use can often be difficult to discern, and it can be more difficult to raise a fair use defense when the content at issue is highly creative, in publication, and expensive to produce. The Fair Use Doctrine provides four factors to consider in determining whether a performance would be considered Fair Use and would not require compensating the owner of the work being utilized. Examples where Fair Use is allowed include quotation of short passages in a scholarly or technical work; for illustration or clarification of the author's observations; use in a parody of some of the content of the work parodied; and incidental and fortuitous reproduction, in a newsreel or broadcast, of a work located in the scene of an event being reported. The Fair Use exemption is not likely to prevail if motion pictures are utilized by a profit making entity. Even a brief motion picture performance would require a public performance license, as a qualitative (not quantitative) evaluation is employed by the courts. See Section 107 of the Copyright Act, H.R. Rep. No. 94-1476 (1976) at page 65, and Nimmer on Copyright.

A person who proposes to publicly perform some or all of a motion picture should consider whether any of copyright's exemptions might apply. If they do not, the person risks liability for copyright infringement, unless he or she obtains a public performance license from the film's copyright owner. Even “performances in ‘semipublic’ places such as clubs, lodges, factories, summer camps and schools are ‘public performances’ subject to copyright control.”[6]

The Copyright Act prescribes statutory damages of $750 minimum to $30,000 for each work infringed, and if the court finds that the infringement was committed "willfully," the court may increase the award of statutory damages to $150,000, in addition to full costs, including reasonable attorney fees, to the prevailing party.[7][8]

The World Intellectual Property Organization (WIPO) currently administers 24 treaties for the international protection of intellectual property, including the Berne Convention for the Protection of Literary and Artistic Works which was first adopted in 1886.

The MPLC issues the Umbrella License, a public performance license that allows organizations, corporations, associations, and other groups to show legally obtained motion pictures and other programs that are intended for personal, private, home use only, in locations outside of the home. The Umbrella License is issued to non-theatrical venues for non-commercial use.

The Umbrella License can be granted for a variety of uses and facilities including, but not limited to:

Prior to the advent of home videocassettes and DVDs, the only way to obtain a movie for a public performance was in 16 or 35mm format, available only from the motion picture studio directly or through one of their non-theatrical distributors. Public performances were licensed on a "per movie" basis. When videocassettes were popularized in the mid 1980s, MGM pioneered a new form of public performance copyright licensing by physically distributing videocassettes which included public performance rights. Clients soon wanted the ease of going directly to a video or retail store themselves instead of waiting for videocassettes to be shipped directly. MGM then began to "blanket license" locations, meaning that the location was licensed instead of the specific film. The unique characteristics of each facility was used to determine the license fee (i.e number of exhibitions, size, etc.). This approach changed the dynamics of how the fee was based. It moved the cost away from the traditional business model, cost driven by title, and replaced it with the cost driven by market and use.

The MPLC was founded by former MGM executives following the receipt of the U.S. Department of Justice’s Business Review Letter in December 1986. The concept of blanket licensing was reestablished, and the MPLC began to issue the Umbrella License® in the later part of 1987 as an independent licensing agency representing numerous motion picture studios and producers.

In 2000, the MPLC partnered with Christian Copyright Licensing International (CCLI) to create Christian Video Licensing International ("CVLI") as a licensing agency for faith-based facilities including churches, schools, camps, and retreat centers. CVLI grants the CVLI Video License, a public performance site license of the same model as the MPLC Umbrella License. Pricing and studio coverage for CVLI licenses is comparable to MPLC licenses.

In 2003, the MPLC began global expansion and now operates in many countries across Europe, South America, and Asia. Individual offices may handle licensing for various countries in their respective region.