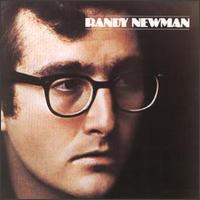 "Randy Newman" (unofficial title, "Randy Newman Creates Something New Under The Sun") is the debut recording by , released in 1968 (see ). Unlike his later albums which featured Newman and his piano backed by guitar, bass guitar and drums, "Randy Newman" was highly orchestral and aimed to blend the orchestra with Newman's voice and piano.

However, "I Think It's Going to Rain Today" has been covered by (on the Beaches soundtrack), , , , , , and more recently by . Even the -band sometimes sang this song in live performances.

All songs written, arranged and composed by Randy Newman