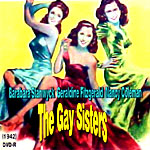 Fiona, Evelyn and Susanna are sisters. When their mother dies on the Lusitania, and their father is killed in , they must manage their by themselves. Fiona marries Charles Barclay in order to get an inheritance and he begins a campaign to obtain the mansion to level it for real estate development. She vows that this will never happen.