Mira Johanna Kunnasluoto born (13 January 1974 in Elimäki, Finland) is an award-winning Finnish singer. She first came to fame as a tango singer; now her repertoire includes evergreens and Finnish pop. 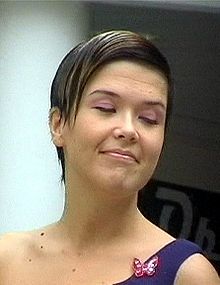 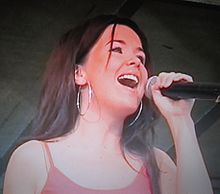 She is second youngest of four sisters. Her parents divorced when she was only 3, after which she became shy and introverted:

"At school I found comfort in arts subjects, in which I could express myself. I liked drawing, I drew a lot at home, and I painted in watercolours. Of course music was one of my favourite subjects. I hated mathematics, history, and other boring theoretical subjects.”

“All us girls liked singing at home. I was given a guitar which I taught myself to play. I accompanied myself on it, and sang songs which I heard on the radio and which were popular at the time. We listened to a lot of dance music and Arja Koriseva was my great idol. I sang her songs and cut her pictures out of the paper and stuck them on the walls of my room. Another favourite Finnish singer was Eija Kantola. Foreign stars I particularly liked were Kim Wilde, Paul Young, and Madonna.” (Nyland, p 185)

After leaving school, she attended Kuusankoski nursing college, but left after six months. “I have a terrible fear of needles - I didn’t want to stick them into people. I had to leave.” (Nyland, p 185)

She started catering college but left because she started putting on weight. She married at the age of 18 and had two children, Lassi and Janne, but the marriage did not last. After the divorce she trained briefly as a florist, abandoned it after four months, and started to participate in singing competitions. In 1999 she took part in the Radio Stars competition, the Stage Stars, and the Finland Stars. Modest success in these encouraged her to try for the prestigious Tangomarkkinat.

“I have always had a great love for tangos. They are like love poems or little stories of happy or unhappy love. The lyrics have real meaning.” (Nyland, p 186)

She became Tango Queen in 2000, since when she has been a respected and popular singer in Finland. A high point in her career was a tour to the USA and Canada with Eino Grön.