/ˈmeɪnər/) is a city in Travis County, Texas, United States. It is part of the Austin-Round Rock metropolitan area. The population was 1,204 at the 2000 census; it was 1,877 in the 2005 census estimate. The approximate population for the City of Manor is 5,500, which is calculated from the number of utility service connections. Manor was so named in 1872 after the town's original Postmaster James Manor.

In the rich soil of the blackland prairie, just a dozen miles from the state capitol, lies the City of Manor. 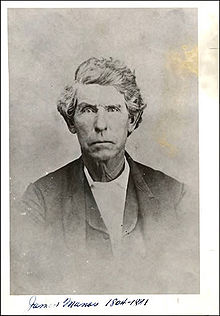 The city was named for James B. Manor, who was born in 1804 and was one the earliest settlers of Travis County. His family had known Sam Houston for many years back in Tennessee and in 1832 Manor came with Houston to Texas. In 1836 Manor settled on Gilleland Creek just west of present day downtown Manor while Texas was in its earliest days of the Republic. He cleared the land and constructed a log home on the east bank. Soon after, E.D. Townes constructed the second home in the area on the opposite bank. In 1842, Manor constructed a two story frame home retaining the cabin at the rear of the house as the kitchen. That house served as the first project's of Austin. Sam Houston and James Manor remained lifelong friends and Houston was often a visitor in the Manor home.

A school for boys began operation northwest of the present Manor High School complex in 1854 and was followed in 1858 by a school for girls near the present Manor Elementary School. Land for the latter school was given by James Manor to help assure a proper education for his daughters. The school was initially called Parson’s Female Seminary in honor of Silas Parsons a primary contributor to the school. A Masonic Lodge was organized about the same time and occupied the second floor of the school. The boy’s school closed in 1861 during the Civil War but boys were eventually admitted to the seminary and it came to be called Parsons Seminary and eventually Parsons Academy. It continued to serve both boys and girls as one of the leading private educational institutions in the area until the day of the public school system and was deeded to the Manor Public School in 1890.

“Manor is beautifully situated, surrounded by considerable wealth. It is remarkably free from evil influences; no bad places of resort, no vicious element. These advantages cannot be overestimated...” Manor Parsons Seminary Report for 1888-1889 (Austin History Center)

In 1854 an important local Church was organized, first meeting at the boy’s school and in 1857 moving to Parson’s Seminary. A post office was reestablished in the Manor home in 1859 under the name of Grassdale with James Manor again serving as Post Master but it was discontinued during the Civil War when the stage line route shifted its route through Hornsby Bend. Again in 1867, a post office operated out of the Manor home this time being couriered by horseback. This post office operated under the name of Gregg.

A mexican store was built in 1868 by a Mr. Mawson on Wilbarger Creek near the present cemetery and was followed by a second store in 1869. That second store was operated by John Gill Wheeler near the location of the present Manor United Methodist Church on Burnet Street and the area began to be referred to as the Wheeler’s Store community. A third store was opened by Mr. Browning soon after, and in 1869 a union church building was constructed within what is now the cemetery to serve all denominations.

Thomas Benton Wheeler, brother of John Gill, married Kitty G. Manor, daughter of James Manor. Thomas was elected Mayor of Austin in 1872 and served until 1877. He later became a District Judge and in 1887 was elected Lt. Governor of Texas serving until 1891. Kitty died in 1881.

In late 1871 as the Houston and Texas Central Railway constructed the first railroad link to the Texas capital, James Manor made a donation of right-of-way which brought the line through what is now the town. The inaugural train arrived in Austin on Christmas Day 1871. The following year the community of Manor was laid out and named.

Manor became the center of cotton production in Travis County as it became the shipping point for long-staple cotton with as many as 18,000 bales of cotton being shipped annually. By the end of the 19th century it was said to be second only to Austin in population in the county. It was incorporated as a town in March 1913 and converted to a general law city in 1921 with expectations of continued growth. But, following two devastating fires that destroyed most of the business district coupled with the decline of cotton production after the arrival of the boll weevil, Manor languished throughout most of the remainder of the twentieth century. Its population declined to as few as 654 residents in 1930 before climbing to a high of 1,204 in 2000.

As Austin began its expansion eastward in 2000, Manor started to grow. It is now one of the faster growing communities in the Austin area and is often referred to by a wag in the local newspaper as the Manorplex.

Manor has been the location for a number of movies. Perhaps the most notable was What's Eating Gilbert Grape starring Johnny Depp. The story centered around an autistic boy, played by Leonardo De Caprio, who regularly disrupted the town’s tranquility by climbing Manor’s old water tower. The tank, although no longer used, remains a landmark in the downtown district. The performance garnered De Caprio an Academy Award Nomination for Best Supporting Actor. He celebrated his 18th birthday in Manor.[3][4]

According to the United States Census Bureau, the city has a total area of 1.1 square miles (3.0 km2), all of it land.

There were 405 households out of which 36.5% had children under the age of 18 living with them, 47.9% were married couples living together, 16.3% had a female householder with no husband present, and 28.4% were non-families. 23.2% of all households were made up of individuals and 9.4% had someone living alone who was 65 years of age or older. The average household size was 2.97 and the average family size was 3.54.

The Manor Independent School District serves the City of Manor.

The City of Manor was the first government agency in the United States to deploy a QR Code program to disseminate information to residents and tourists. There are currently 24 fixed mounted QR Code signs placed throughout Manor on various city landmarks and structures.

The Manor area offers abundant opportunities to enjoy the outdoors and access recreation.

Jennie Lane Park in downtown Manor is the center of most community-oriented events such as the Manor Farmers Market, Summertime Movie Series, and Christmas in the Park. The park is a "Smart Park" with WiFi access and coded signage accessible by photo and web-enabled cell phones for retrieving historical and other information. The park consists of a gazebo, pavilion, as well as outdoor exercise equipment provided by a grant from the Austin/Travis County Health and Human Services Department’s Steps to a Healthier Austin Program.

Adjacent to ShadowGlen subdivision is one of Golf Digest’s America’s Best New Courses of 2004. [6]