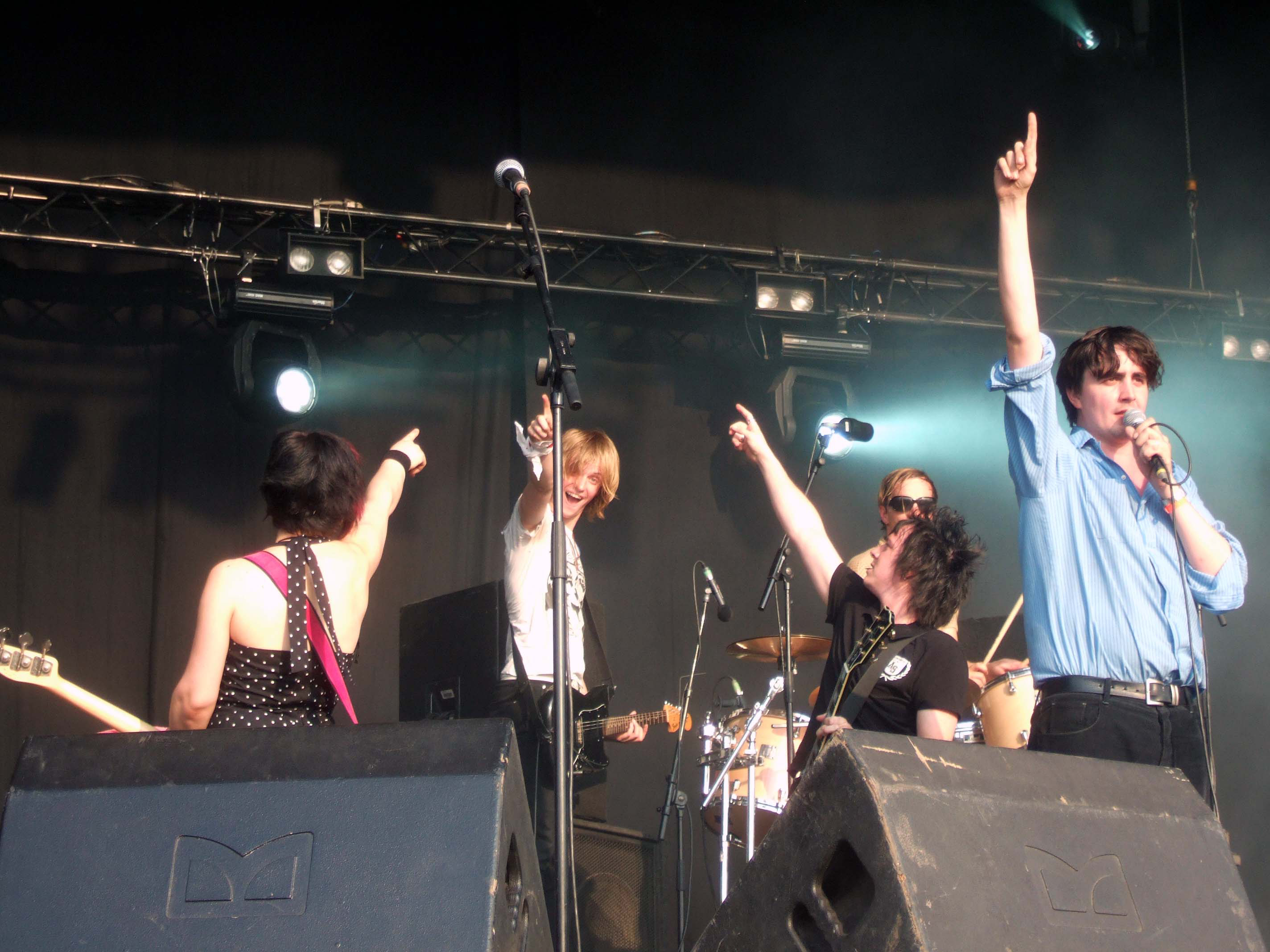 Art Brut are an English and German band. Their debut album, "", was released on 30 May 2005, with its follow up, "", released on 25 June 2007. Named after French painter 's definition of outsider art -- art by prisoners, loners, the mentally ill, and other marginalized people, and made without thought to imitation or presentation -- South London's Art Brut were tagged by as part of the "Art Wave" scene that also includes bands such as and .

The band was formed in 2003 and played its first gig in May of that year. The band recorded "Brutlegs" later in 2003 containing the first versions of "Formed a Band", "Modern Art" and "Moving to LA" and made it available. put out a compilation featuring "Formed a Band". A journalist heard the song and sent an MP3 to Rough Trade and the label offered Art Brut a deal to release it as a single.

"Formed a Band" was released in the UK as a single in May 2004 reaching #52 on the charts. It also appeared on the soundtrack to - a game for the , , and . "Blender" described them as the best unsigned band in the UK. During the rest of 2004, they played gigs throughout the UK with including a first anniversary gig at the .

Art Brut have a quite widespread following of "franchises", whose names range from AB0 (the original Art Brut) to AB3.14/Pi, AB² or even to AB17. The band are also an Art Brut franchise, AB47. These franchises often record and play Art Brut songs during performances.

Chris Chinchilla amicably left the band for personal reasons in September 2005 forming new band Macaca Mulatta. He was replaced by Jasper Future, guitarist from Eddie Argos' old band, . The band appeared on the cover of the German edition of "" magazine in September 2005.

Art Brut performed at the , on , , at in June 2006, and at the and the in Belgium, in July 2006 and are due to headline the in July 2008. Art Brut also released a split 7" with , which was only released in America. On this single Art Brut recorded a cover of 'The Great Escape' by We Are Scientists. We Are Scientists returned the idea and covered Art Brut's song 'Bang Bang Rock & Roll' on the single. Their version of "Bang Bang Rock & Roll" is also available on their s album "".

The band released their second album, "", on produced by Dan Swift , who has also worked with artists such as , , and . The first single to be taken from the album, "Nag Nag Nag Nag", was released on 20 November 2006, featuring the b-side "I Found This Song in the Road" and 5 live tracks from the Eurockéennes de Belfort Festival 2006. The song made Single of the Week in 's "The Guide" section. In 2007 they played on the American Rock and Roll Riot tour with .