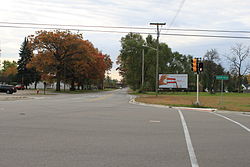 The company was originally known as 3M National, the outdoor advertising subsidiary of the 3M Company; it was later spun out into a new company, Outdoor Systems. The new company would later acquire Gannett Outdoor from the Gannett Company. In 1997, it was bought by Infinity and became Infinity Outdoor. Infinity was absorbed into Viacom in 1999, and became Viacom Outdoor. When Viacom split from CBS Corporation it became CBS Outdoor.

CBS Outdoor is a market leading out of home specialist in the United Kingdom. Specialising in transport media, CBS Outdoor have a UK wide network of poster sites, the largest out of home digital portfolio and in depth insight to consumers’ attitudes and travel patterns.