Infobox Bruckner Symphony
title = Symphony No. 6 in A major 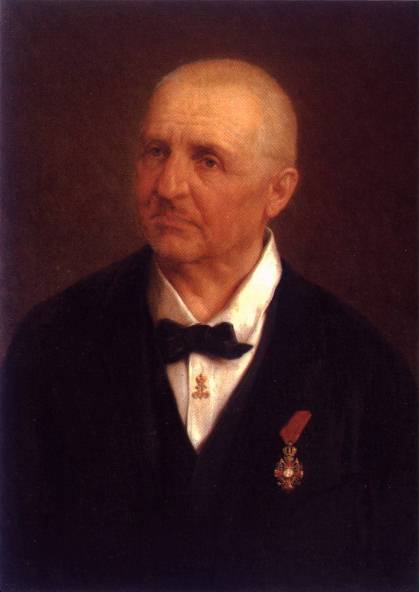 dedication = Anton von Oelzelt-Newein and his wife Amy
composed = 1879 - 1881
first_performance = , 26 February 1899, , Vienna
first_published = 1899 (ed. Cyrill Hynais)
other_editions = ed. Robert Haas, 1935
ed. Leopold Nowak, 1952
first_recording = Henry Swoboda, , 1950
's Symphony No. 6 in A major (WAB 106) was completed in , and revised in preparation for publication around . The symphony was dedicated to Bruckner's landlords Dr. and Mrs. and is occasionally nicknamed "The Philosophical" or "The Philosophic", although this nickname was not given by the composer. Bruckner did remark that "die Sechste ist die Keckste" (the Sixth is the sauciest).

The symphony requires an instrumentation of one pair each s, s, s, s, with four horns, three s, three s and one along with and strings.

The symphony has has four movements:

"Majestoso" begins with a rhythmic pattern on the violins (rather than a ) using the . The 'j' in Majestoso is possibly a misspelling of the Italian "Maestoso", as the German word is majestätisch. The second movement, "a consoling complement to the fiery first movement, ... traces the more songful side of things." [Ethan Mordden, "A Guide to Orchestral Music: The Handbook for Non-Musicians". New York: Oxford University Press (1980): 213.] The third movement contains a "suggestion fo the Rhine music from Act III of Richard Wagner's "Götterdämmerung"." [Mordden (1980), ibid.]

Of all the explanations given for the neglect of this work, the most often given is that the rhythmic complexities of the Bruckner rhythm in the first movement (often set against other instances of the rhythm in different note values) make it difficult to maintain good ensemble.

This version, based on Bruckner's autograph score, is available in editions by (published 1935) and (published 1952), which have very few differences.

The version prepared for the first publication was edited by . It is mostly similar to the 1881 version: the most noticeable change is a repeat in the second half of the trio. It is available in a recording by ; all other available recordings use the Nowak or Haas editions of the 1881 version.

The version heard at the work's full premiere in 1899 contained substantial cuts and changes by . This version does not seem to have been recorded.

The oldest performance of this symphony surviving on record by from 1943. Recorded with the , it is missing the first movement. The oldest complete performance is by with the from 1944.

The first commercial recording was made by with the for the Westminster label in 1950.

Being the shortest of Bruckner's later symphonies, it takes only about 60 minutes in most recordings, rarely more than 70. 's CD on EMI Classics uses the extra space for two overtures by , whereas with the Vienna Philharmonic chooses two overtures by .