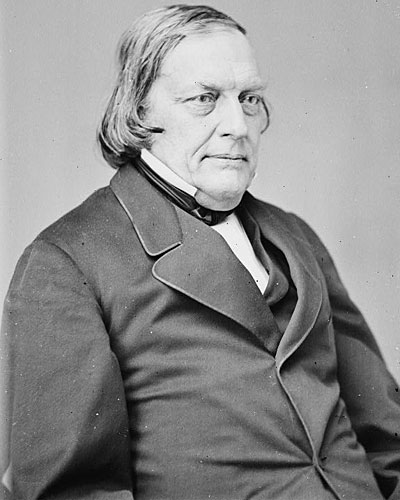 Harris was born in on , . He grew up on a farm in . Graduated from in 1824, he studied law in Albany and in 1828 he was admitted to the bar. During the next seventeen years he attained a high rank in his profession. He was a member of the from 1844 to 1845. He joined the Whig Party and in 1846 was state senator and a delegate to the New York constitutional convention. In 1848 he became judge of the New York Supreme Court, serving for twelve years.

In 1861 he was appointed senator from New York to take the place of who resigned when appointed Secretary of State under . In the senate, Harris served on the committee on foreign relations and judiciary and the select joint committee on the southern states. Although he supported the administration in the main, he did not fear to express his opposition to all measures, however popular at the time, that did not appear to him either wise or just. He visited Lincoln at the often and grew a friendship with him. He was also a good friend of his precessor in the senate . Harris' son, , was a in the . Harris' daughter, , and his stepson/future son-in-law, (Clara and Henry where married in 1867, but where also step siblings, Harris having gotten remarried to Pauline Rathbone, Henry's mother) were the Lincoln's guests at on , when the president was shot and killed by . Booth also stabbed Rathbone in the arm when he tried to stop the assassin from escaping.

Judge Harris was for more than twenty years professor of equity, jurisprudence and practice in the and during his senatorial term delivered a course of lectures at the law school of , . He died in on , and is interned at with his first wife Clarissa.