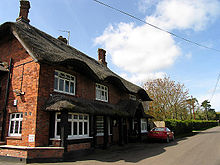 Marsh Benham is a village in civil parish of Speen in the English county of Berkshire. It is situated in the unitary authority of West Berkshire, just west of Newbury.

The village has a popular pub called the 'Red House'. Nearby stands Benham Park.