Monaco in the Eurovision Song Contest

Monaco in the Eurovision Song Contest 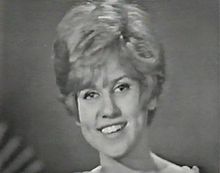 Monaco first participated in the Eurovision Song Contest in 1959. The country's first and only win in the contest came in 1971, when Séverine performed "Un banc, un arbre, une rue". In 1972 Monaco was expected to host the contest, but declined. It remains the only winning country never to have hosted it.

Monaco withdrew from the contest in 1980, not returning until 2004 after a 24-year absence. Their first entry after their hiatus, "Notre Planète" by Maryon failed to reach the final. After two more years with poor results Télé Monte Carlo (TMC), the Monegasque broadcaster, withdrew after the 2006 contest, saying that regional voting patterns in the contest have effectively given Monaco no chance of qualifying for the final.[1][2]

TMC, however, broadcast the 2007 contest, opening the way for participation in the Eurovision Song Contest 2008, however TMC decided against it.[3][4]

TMC had announced that it was possible that Monaco would return to the contest in 2009 after a two-year absence, after talks with the European Broadcasting Union (EBU), the organiser of the contest, as well as new voting measures implemented in the contest in that year.[5] Despite this, Monaco was not present in Moscow for the 2009 contest.[6] The EBU however announced that they would work harder to bring Monaco back to the Contest in 2010, alongside other former participants. TMC, however, stated that Monaco would not return for the 2010 edition of the Eurovision Song Contest due to lack of financial support for the country's participation. 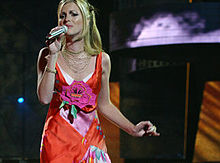 Monaco has given the most points to...

Monaco has received the most points from...

Monaco has received the most points from in the semi finals...