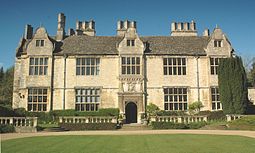 Yarnton Manor, built in 1611, now the Oxford Centre for Hebrew and Jewish Studies

The Oxford Centre for Hebrew and Jewish Studies (OCHJS) is an independent institution which is part of the University of Oxford. Its research fellows teach on a variety of Bachelors and Masters degrees in Oriental Studies, and it publishes the Journal of Jewish Studies.

The Centre was founded in 1972 by Dr. David Patterson to help restore Jewish Studies in Europe in the aftermath of the Holocaust.[1] Currently it is located at Yarnton Manor, in Yarnton village, Oxfordshire, four miles north of Oxford. It is a registered charity and a company limited by guarantee incorporated in England, under English law.[2] Today, it is the leading academic Jewish studies centre in Europe. Its Fellows and Lecturers provide courses in Hebrew and Jewish studies for undergraduates and postgraduates up to the doctoral level in many faculties within the University of Oxford. The Centre also promotes Jewish studies based on the Bodleian Library’s Hebrew and Jewish collections by supporting research, by development projects, and by shared staffing with the Centre’s Leopold Muller Memorial Library. 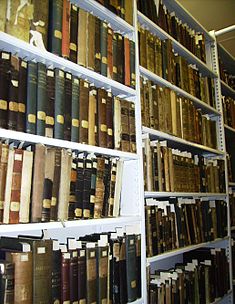 The Centre's library is named the Leopold Muller Memorial Library. It is housed in two converted stone barns at Yarnton Manor. It comprises one of the best collections of books and periodicals in Jewish Studies in Europe and serves as a resource for scholars, students and visiting fellows of the Centre. The core of the Library consists of several rare collections and archives; among those one finds a large collection of materials donated by Rabbi Louis Jacobs[3], Loewe Pamphlets Collection[4] from Herbert Loewe and his elder son, the library of Jacob H. Coppenhagen[5] (1913-1997), Kressel Archive[6], Foyle-Montefiore Collection[7] (which incorporates the library of Leopold Zunz), Lipson-Shandel and Moses Montefiore Archives[8] of rare documentation regarding life and activities of Sir Moses Montefiore, one of the largest collections of Yizkor Books in Europe - it counts over 800 memorial volumes for communities destroyed in the Holocaust[9], and the Archive of Rabbi Hugo Gryn[10]. Among the Library's most recent enterprises is the Digital Haskalah Library project [11].