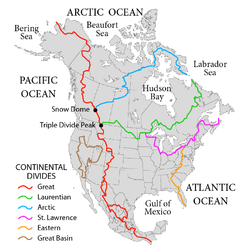 Major continental divides, showing drainage into the major oceans and seas of the world. Grey areas are endorheic basins that do not drain to the ocean.[citation needed]