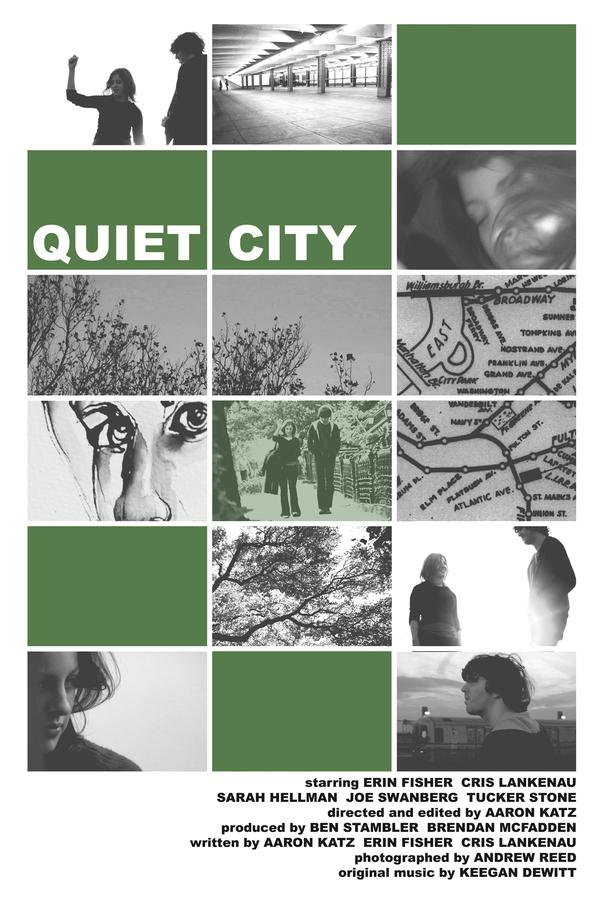 It premiered at the 2007 Film Festival in the Emerging Visions category making it Katz's second consecutive world premiere at the festival. Subsequently the film played at the , and among others.

Jamie (Erin Fisher) arrives in looking for a friend, who isn't answering her cell phone. Missing her stop on the subway, she asks Charlie (Cris Lankenau) for directions. Unable to articulate them properly, he escorts her to a diner where she is supposed to meet her friend but the friend never shows. Charlie invites Jamie back to his apartment, which kick starts a 24 hour period of hanging out and getting to know each other.

The film received a largely favorable response from critics. As of , , the review aggregator reported that 86% of critics gave the film positive reviews, based on 14 reviews. [cite web|url=http://www.rottentomatoes.com/m/quiet_city/ |title=Quiet City - Movie Reviews, Trailers, Pictures - Rotten Tomatoes |accessdate=2008-08-09 |publisher=] Stephen Holden in The called the film, "Beautiful! A Fully Realized Work of Poetry."

The film was nominated for the John Cassavetes award at the 2008 for features made for less than $500,000. It also won Best Director and Best Cinematography at the 2007 .