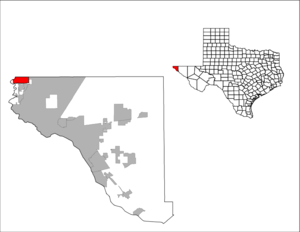 There were 684 households out of which 50.1% had children under the age of 18 living with them, 64.2% were married couples living together, 15.6% had a female householder with no husband present, and 15.5% were non-families. 14.8% of all households were made up of individuals and 9.2% had someone living alone who was 65 years of age or older. The average household size was 3.47 and the average family size was 3.84.

The Town of Anthony is a / system. Currently there are five Aldermen representing the Townspeople. The mayor and aldermen are elected positions held for alternating two-year terms.

The Town of Anthony Government Facility is located at 401 Wildcat across from the Complex. This multi-use facility houses the following Government Department Offices:

The Anthony Water Treatment Plant is located at the southern end of Omar Street and provides drinking water and sewage treatment for the Town of Anthony. The majority of Anthony's drinking water comes from wells located near the Rio Grande River.

The Anthony Street/Parks Work Yard is located on 1300 Antonio Street and houses the Department's machinery, vehicles, and other equipment.

A large section of bare desert land on the north side of Antonio Street near the 1400-1600 block is designated to become a soccor field and Home to the Anthony Desert Rats soccor team. Projected completion is unspecified.

The (AISD) is one of the newest districts in .

AISD consists of three campuses and a district central office, all connected and surrounded by a single fence line. Each campus is within easy walking distance of the others and the central office is located between the elementary and middle schools.

AISD does not serve any portion of New Mexico, however AISD has a problem with out-of-district students illegally attending schools with false addresses being presented at registration. This is partially due to AISD being a significantly higher-quality school district than the surrounding districts, especially in New Mexico.

AISD does not employ security guards nor does it maintain a force.

AISD maintains a contract with the Anthony Police Department for one full-time APD officer to act as the (SRO).

In addition, faculty and staff are trained on security issues and emergency procedures are in place in district policy.

Visitors to any AISD campus must sign in at the office.

* runs north/south through the municipal jurisdiction of Anthony and is the major route to and from the town.

*FM 1905 Begins at I-10 and runs west into New Mexico
FM 1905 is designated as from east to west: I-10 to Antonio Street to Franklin Street to South Main (TX 20) to East Washington

Anthony Texas is the home for one of Texas's 12 Travel and Information Centers providing the following services for travelers entering Texas from New Mexico:

Anthony Texas is the home of two hotel chains.
*
*

La Tuna is a Community Leader and has a strong relationship with the Anthony Police Department. La Tuna assists with several ongoing Town Projects through the inmate worker programs.