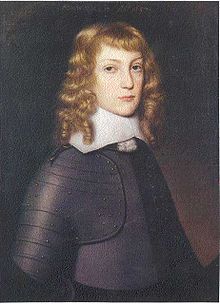 He was the only son of Erdmann August, Hereditary Margrave (Erbmarkgraf) of Brandenburg-Bayreuth, by his wife and first cousin, Sophie of Brandenburg-Ansbach.

The death of his father (6 February 1651) made Christian Ernst the new heir to the margraviate of Bayreuth. At the age of ten, he succeeded his grandfather Christian as margrave when he died on 30 May 1655. His uncle Georg Albrecht acted as regent until 1664, when Christian Ernst was declared an adult and assumed the government of his principality.

As margrave, he served as a faithful supporter of the emperor Leopold I, whom he supported with war supplies, e.g. in wars against France in support of the Dutch Republic and Lorraine and the liberation of Vienna from the Turks. He began a successful military career on 12 February 1664, when he was designated a colonel of the Franconian Circle. From 1668 the arming of his own dominion (which was intended originally to aid the emperor) strained state finances and exposed Bayreuth to military dangers. The principality suffered the first of several financial crisis in 1672.

The military ambitions of Christian Ernst made him an important political ally in spite of the small territories that he ruled. After supporting the Emperor in the Franco-Dutch War, he was appointed a Field Marshal's lieutenant (German: Generalfeldmarschallleutnant) on 27 March 1676. In the liberation of Vienna from the Turks in 1683, Christian Ernst was a participant in the relief army.

In 1691 he was appointed Imperial Field Marshal (German: Kaiserlichen Generalfeldmarschall) and took over the command of the groups of the imperial army stationed on the Rhine in 1692. He realized that he was not up to the task, and so he resigned the command to Louis William of Baden-Baden. During the War of the Spanish Succession he was able to enjoy some victories, but made a fatal mistake on 22 May 1707 that made it possible for French troops to enter Swabia and Bavaria. Thereafter his military career was destroyed.

Christian Ernst was also an advocate and benefactor of the arts and education. As a successor for the Latin School of Bayreuth (German: Bayreuther Lateinschule) he endowed a secondary school in 1664 that still carries his name, the Christian Ernst Secondary School (German: Christian-Ernst-Gymnasium). On the square near his stables he built a castle church (German: Schlosskirche) in 1672. In 1695 the architect Leonhard Dientzenhofer began construction of the octagonal castle tower (German: Schlossturm). In 1686 he allowed Huguenots expelled by Louis XIV reside in Neustadt; soon after he also permitted refugees from the Palatinate, which was devastated in the Palatinate War of Succession, to reside in Erlangen.

In his private life, the margrave was a lover of horses and dogs (he possessed 85 of the latter).

In Dresden on 29 October 1662, Christian Ernst was married to Erdmuthe Sophie, only surviving daughter of his paternal aunt, Magdalene Sibylle, and her husband John George II, Elector of Saxony. After seven years of childless union, Erdmuthe Sophie, his first wife and first cousin, died on 22 June 1670.

Eight months after the death of his first wife, Christian Ernst was married a second time in Stuttgart on 8 February 1671 to Sofie Luise of Württemberg, his maternal second cousin, the eldest daughter of Eberhard III, Duke of Württemberg. His second marriage lasted 31 years. They had six children, three of whom died in infancy:

In Potsdam on 30 March 1703 (five months after the death of his second wife), Christian Ernst married thirdly Elisabeth Sophie of Brandenburg. The marriage was childless.

The luxurious lifestyle of the margrave and his two last wives was a significant burden to the treasury of the principality.