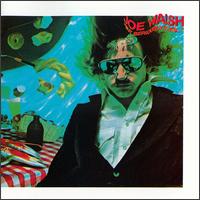 "Life's Been Good" has a notable style: a mid-tempo, -like groove marked by bedrock guitar s, s, a , and a confused delivery. Walsh's synthesizer (and Jew's harp) riff accompanies the in the middle of the song. The is longer than most radio stations allow. and Jody Boyer perform the backing vocals. This song uses a call-and-response pattern.:"Call: Joe Walsh: "Lucky I'm sane after all I've been through":"Response: Bill Szymczyk: "Everybody say, 'I'm cool'":"Response: Jody Boyer: "He's cool"

At the end of the song, (cannot be heard on the radio version) there is a clip of an inside joke stating "uh-oh, here comes a flock of waa waas", recorded from inside the studio. After the music has faded away into silence, there's a 12-second gap before the inside joke. That inside joke would also be included at the end of Disc One of The Eagles' box set, "Selected Works: 1972-2000".

Made after Walsh had joined , "Life's Been Good" was incorporated into that group's concert repertoire, appearing in shows at the time as well as reunion tours. It remains a staple of radio playlists.

* The Mansion mentioned in the first verse is at the top of Hartley Hill in "".

* The song was featured on the soundtrack of "".

* In the series "", the character decides to run for President and says he'll use this as his campaign theme.

* A modified version of this song was sung at the end of the funeral service of Uncle Moe in the "" episode "Love! Anger! Kvetching!"