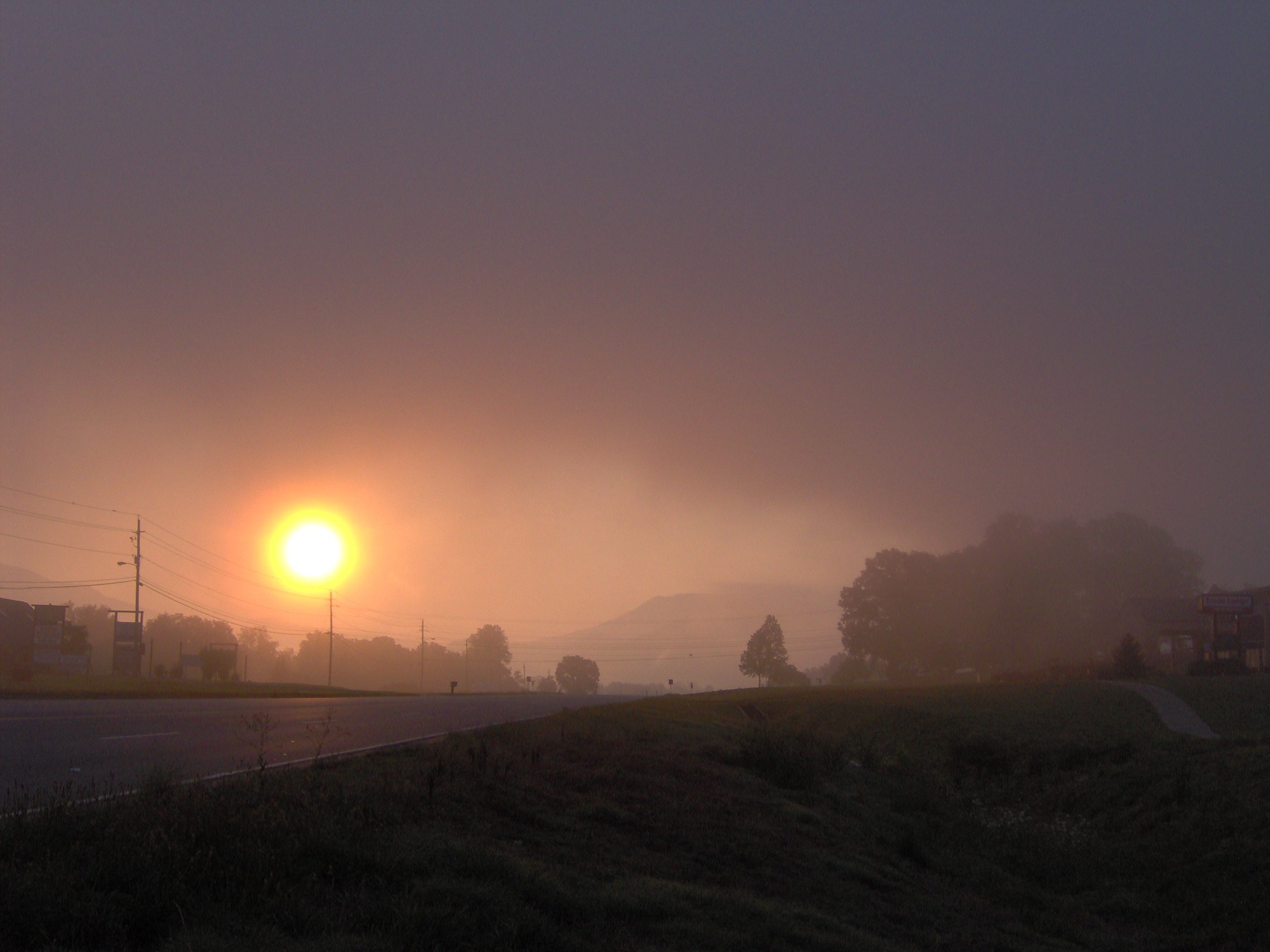 Townsend is a city in Blount County, , in the southeastern . The population was 244 at the 2000 census. Townsend is one of three "gateways" to the and the home of several museums and attractions relating to both the natural and human history of the Smoky Mountains.

Dubbing itself "the Peaceful Side of the Smokies," Townsend has the least traffic of the park's three main entrances. The park's other two entrances&mdash; one just south of and the other just north of Cherokee&mdash; are home to multiple commercial attractions that draw millions of tourists each year. Townsend is more low-key, with a handful of inexpensive restaurants and motels, and several businesses geared toward outdoor sports.

Townsend is situated in Tuckaleechee Cove, one of several "limestone windows" that dot the northern base of the Smokies. These windows form when erosional forces carry away the older rocks (mostly sandstone), exposing the younger rock below (i.e., limestone). [Harry Moore, "A Roadside Guide to the Geology of the Great Smoky Mountains National Park" (Knoxville: University of Tennessee Press, 1988), 33.] Limestone windows are normally flatter than other mountainous valleys, and are typically coated with rich, fertile soil. Other limestone windows in the area include , Wear Cove, and Jones Cove. Tuckaleechee Cove is situated between Bates Mountain to the north and Rich Mountain to the south, with the cove's greater population estimated at around 1,500. Little River, its source high in the mountains on the north slopes of , [http://www.topozone.com/map.asp?lat=35.57888&lon=-83.48574&size=l&u=4&datum=nad27&layer=DRG] slices east-to-west through Tuckaleechee and drains much of the cove. The city of Townsend dominates the eastern half of Tuckaleechee.

There were 124 households out of which 15.3% had children under the age of 18 living with them, 58.9% were married couples living together, 3.2% had a female householder with no husband present, and 34.7% were non-families. 33.1% of all households were made up of individuals and 23.4% had someone living alone who was 65 years of age or older. The average household size was 1.97 and the average family size was 2.44.

Native Americans were the first inhabitants of Tuckaleechee Cove, with the oldest archaeological finds in the cove dating to 2000 B.C. A number of pottery fragments and ax heads dating to the have also been found. By 1200 A.D., Tuckaleechee's Native American inhabitants had built a fortified village near the cove's northern entrance. [Iva Butler, "Archaeologists Pack Up Townsend Dig." The Maryville-Alcoa "Daily Times", 17 February 2001.]

By the time the first Euro-American settlers arrived in Tuckaleechee in the late 1700s, the Cherokee villages had been abandoned. [Tennessee Historical Commission marker IE 15 along US-321, Townsend, Tennessee. Information accessed in August, 2007.]

In the 1880's, the lumber industry experienced a boom, due largely to two key innovations&mdash; the and the logging railroad. Flatland forest resources in the and along the were quickly exhausted, and logging firms began turning more and more to the untapped resources of the more mountainous areas. [Michael Frome, "Strangers In High Places: The Story of the Great Smoky Mountains" (Knoxville: University of Tennessee Press, 1994), 165-166.]

In 1900, hoping to capitalize on the thick virgin forests of the Smokies, Colonel W.B. Townsend of purchased 86,000 acres (350 km²) of land along Little River, stretching from Tuckaleechee Cove all the way to Clingmans Dome. The following year, Townsend received a charter for his new firm, the Little River Lumber Company. A band saw mill was erected in Tuckaleechee, and Townsend gave his name to the community that grew in the mill's vicinity. The Little River Railroad was constructed shortly thereafter, connecting the saw mill with Walland to the west, and following Little River all the way to Elkmont, to the southeast. [Michael Frome, "Strangers In High Places: The Story of the Great Smoky Mountains" (Knoxville: University of Tennessee Press, 1994), 165-166.]

Townsend quickly profited from the forests of the Little River bottomlands. In 1916, he reported that Little River Lumber's consistently-high rate of planks-per-acre was showing no sign of decline. Indeed, a single giant chestnut tree in the Smokies could produce 18,000 planks of wood. Townsend's success led to a rapid expansion of logging operations throughout the Smokies. [Michael Frome, "Strangers In High Places: The Story of the Great Smoky Mountains" (Knoxville: University of Tennessee Press, 1994), 165-166.] By the time the park was formed in the 1930's, nearly two-thirds of area forests had been cut down. [http://www.smokymountainsvisitorsguide.com/history.htm]

The rapid destruction of the forests of southern Appalachia led to increased efforts by conservationists to slow or halt logging operations. Col. Townsend initially opposed the effort, but after some wavering, sold at base price 76,000 acres (310 km²) of his Little River Lumber tract in 1926 to what would eventually become the Great Smoky Mountains National Park. [Carlos Campbell, "Birth of a National Park In the Great Smoky Mountains" (Knoxville: University of Tennessee Press, 1969), 33-35.] Although some predicted that the loss of the lumber industry would doom Tuckaleechee, the explosion in tourism as a result of the park's creation kept the area economy relatively healthy. [Michael Frome, "Strangers In High Places: The Story of the Great Smoky Mountains" (Knoxville: University of Tennessee Press, 1994), 192.]

Tuckaleechee Road, which follows , is the main highway connecting Townsend with Walland (and eventually Maryville) to the northwest and (via Wears Valley) to the east, where it intersects U.S. 441. Near the eastern end of Townsend, SR73 turns southeast from US-321 and heads straight into the national park. This road eventually intersects Little River Road at a popular swimming area known as "The Y". From this intersection, is seven miles to the west, and the Sugarlands and Gatlinburg are roughly eighteen miles to the east. Townsend is home to the Great Smoky Mountains Heritage Center, which details life in pre-park days, and the Little River Railroad and Lumber Company Museum, which recounts the area's logging history. The Tuckaleechee Caverns&mdash; a mile-long cave system that reaches depths of up to 150 feet - is also nearby. Just to the north of Townsend, US-321 intersects , a that traverses and offers multiple overlooks with views of the Smokies to the south and the and to the north and west.