The UK Border Agency came into existence . Formed as a result of a report [ [http://www.cabinetoffice.gov.uk/border_review.aspx Border Review ] ] , a decision was taken to merge the , and the functions of HM Revenue and Customs into one new integrated border control body. It is headed by , who was of the BIA, and is divided into three broad command structures, each under the management of a Senior Director:

UKBA has a total staff of 25,000 people located in over forty countries. It is playing a leading role in the introduction of biometric identity cards for foreign nationals which will be introduced by the end 2008 which are based on fingerprint data. UKBA has also experimented with the use of iris scans to record peoples identity. UKBA is a key stakeholder in the e-Borders programme whose purpose is to create a massive database of travellers and will analyse the movements of people in and out of the UK. The e-Borders system, in common with many other government IT initiatives, has been criticised for cost over runs. UKBA has, in 2008, launched a points based system of determining whether to grant longer term entry to the UK based largely on the well established Australian system. 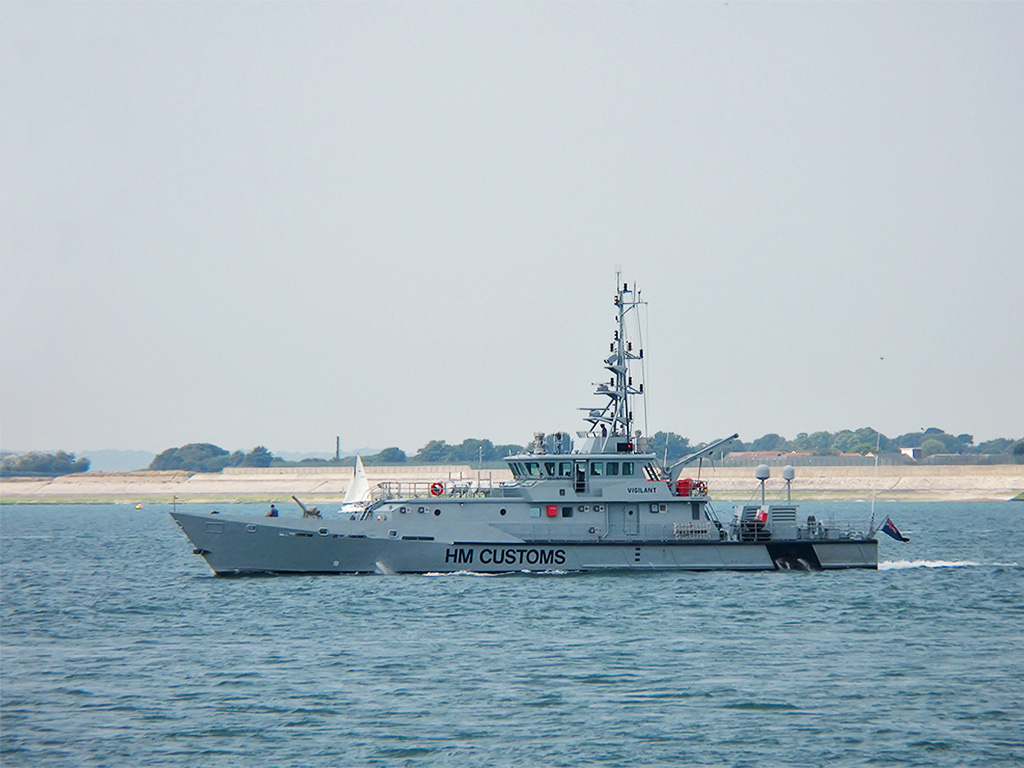 UKBA is responsible for the management of in-country enforcement operations to detect immigration offenders including illegal entrants and overstayers. It is also responsible for the deportation of foreign national criminals and for combating illegal working. The mis-management of foreign national criminals resulted in crisis in 2006 when it was revealed that over 1000 criminals had been released without being deported. The ensuing scandal cost the then Home Secretary Charles Clarke his job but the Chief Executive Lin Homer remained in post. A blanket policy since then of detaining foreign criminals beyond their original sentences has rceently come under close scrutiny.

UKBA has a £1 Billion pound annual budget and is under pressure to cut costs and resources. It is undergoing a major long term re-structuring that will result in a regionalised organisation. UKBA appears to intend to devolve as many functions, (and staff), as possible from its current Croydon HQ. Controversial budget cuts in April 2008 meant that operations to detect immigration offenders at weekends were drastically curtailed and the impact of this on the Agencies annual removal figures will be watched with interest. A published commitment to double the resources for enforcement operations has been quietly dropped, ( [http://ukba.homeoffice.gov.uk/sitecontent/documents/managingourborders/enforcementbusinessplan08_09/enforcementbusinessplan08_09.pdf?view=Binary Enforcing the Deal]

An at a port has the power to detain any person who is not a British Citizen to investigate whether they qualify for entry to the United Kingdom under Schedule 2 of the .Fact|date=October 2008 Schedule 2 also gives an Immigration Officer the power to arrest without warrant anyone who is liable to detention. [ [http://www.opsi.gov.uk/RevisedStatutes/Acts/ukpga/1971/cukpga_19710077_en_11#sch2 Immigration Act 1971(c. 77) ] ] An Immigration Officer also has the power to arrest without warrant persons for Illegal Entry and similar offences. [ [http://www.opsi.gov.uk/RevisedStatutes/Acts/ukpga/1971/cukpga_19710077_en_5#pt3-l1g19 Immigration Act 1971(c. 77) ] ] An Immigration Officer can also search a person and their property, depending on the type of offence.Fact|date=October 2008

A specially-trained Immigration Officer working in a Criminal Investigation Team also has the power to arrest without warrant any person that he has reasonable suspicion of committing criminal offences of obtaining or seeking to obtain leave to remain by deception; assisting unlawful immigration to a member state; helping an asylum seeker to enter the UK; and assisting entry to UK of anyone in breach of a deportation or exclusion order [ [http://www.opsi.gov.uk/RevisedStatutes/Acts/ukpga/1971/cukpga_19710077_en_5#pt3-l1g19 Immigration Act 1971(c. 77) ] ] and also several non-immigration criminal offences such as that Conspiracy to defraud, bigamy; perjury; theft; obtaining services by deception; fraud; forgery and counterfeiting; trafficking for sexual exploitation; and possession of, or equipment for the making of, false identity documents. [ [http://www.opsi.gov.uk/acts/acts2004/ukpga_20040019_en_2#pb3-l1g14 Asylum and Immigration (Treatment of Claimants) Act 2004 (c. 19) ] ]

The created a 3 new powers for Immigration Officers. The first is that of detaining any person without arrest - including British Citizens - at a in , or if a Designated thinks that the individual may be liable to by a under section 24(1), (2) or (3) of the or Article 26(1), (2) or (3) of the Police and Criminal Evidence (Northern Ireland) Order 1989, or if there is a warrant for their arrest. [ [http://www.opsi.gov.uk/Acts/acts2007/ukpga_20070030_en_1#pb1-l1g1 UK Borders Act 2007 (c. 30) ] ] They can be detained for up to three hours, and can be pursued if they leave the port. If a DIO detains a person, they must arrange for a constable to attend as soon as is reasonably practicable. The second power was the creation of a criminal offence of Assaulting an Immigration Officer and the power to arrest without warrant any person who an Immigration officer has reasonable suspicion of committing that offence. [ [http://www.opsi.gov.uk/Acts/acts2007/ukpga_20070030_en_2#pb4-l1g22 UK Borders Act 2007 (c. 30) ] ] The third power created was that an Immigration Officer can enter and search a premises owned or occupied by someone arrested for an offence without warrant for nationality documents, whereas before an Immigration Officer could only enter and search premises where a person was when they were arrested, or was immediately before they were arrested. [ [http://www.opsi.gov.uk/Acts/acts2007/ukpga_20070030_en_3#pb6-l1g46 UK Borders Act 2007 (c. 30) ] ]

Currently the UKBA is operating in shadow form until new legislation creates a single and consolidates the powers of its predecessors. Immigration Officers and Customs Officers retain their own powers for the enforcement and administration of the UK's borders, although management of the new organisation has already begun to integrate. A Draft (Partial) [http://www.ukba.homeoffice.gov.uk/sitecontent/documents/policyandlaw/immigrationandcitizenshipbill/draftbill/draftimmigrationbill.pdf?view=Binary Draft Immigration and Citizenship Bill] has been published that will repeal all existing immigration legilsation and consolidate it into one Act. The term "Immigration Officer" will be disposed of and replaced by "designated official" in reference to the administration of the border control and removal of foreign nationals, however the Draft Bill does not contain information on powers of arrest for inland enforcement and criminal investigations.