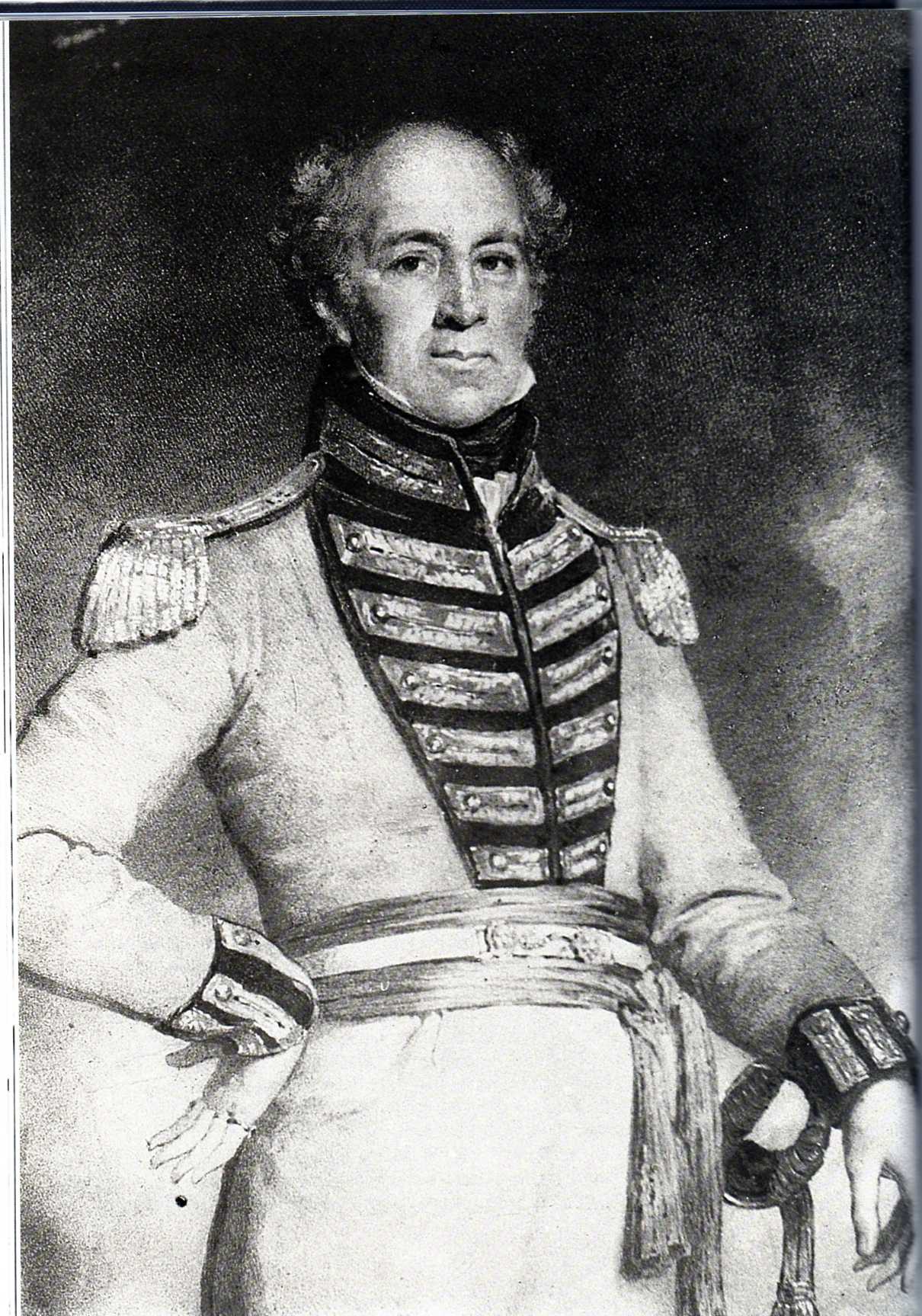 Farquhar was Chief Engineer in the expeditionary force which took Malacca from the Dutch on 18 August 1795. On 1 January 1803 he was promoted to the rank of full Captain. From 1803 he acted as , and was made a full Major in Corps on 26 September 1811, before he was officially appointed Resident and Commandant of Malacca in December 1813; a position he held for several years, in charge of both Civil and Military offices, until the Dutch returned in September 1818. During his tenure here he assisted in missions around the region, including the British invasion of Java led by Governor-General Lord Minto and Sir in August 1811. He spoke Malay, married a Malaccan girl, Nonio Clement (he had six children by her); and was popularly known as the Rajah of Malacca.

An engineer, his reputation was established by his long and successful term as Resident of Malacca, of which he was given charge when it passed into British hands from the Dutch. A task given him by the was to demolish all the structures left by the former occupants; he blew up the fortifications with but spared some of the other buildings, showing great foresight.

With his long Malayan experience, and an intimate knowledge of Riau-Lingga politics, Major Farquhar was given the task to help Sir Stamford Raffles found a settlement on Singapore island. He helped negotiate the provisional agreement of 30 January 1819 with the local chieftain Temmengong Abdul Rahman of Johore; and the more formal Singapore Treaty of 6 February 1824, which Raffles signed with the Temmengong and His Highness the Sultan Hussein Mohammed Shah, confirming the right for the British to set up a trading post. The next day on 7 February 1819, Raffles appointed Farquhar as Singapore's first Resident to develop the colony according to a specific plan Raffles had drawn up, Farquhar was left to manage the colony when Raffles left; an absence eventually lasting four s. He was appointed the first British Resident and Commandant of Singapore, 1819&ndash;1823. Farquhar took a more approach, which suited the local traders who had followed him there. In his new post, he quickly set about clearing the plain on the north-east bank of the Singapore River. Word of this new trading post soon spread and Singapore became a thriving cosmopolitan town. Communication with Raffles in Bencoolen and the East India Company in Calcutta were so poor that for more than three years, Singapore developed on her own with Farquhar at the helm. On 9 May 1821, William Farquhar was promoted to the rank of Lieutenant Colonel. Despite his many positive achievements in the formative period of Singapore's development, he adopted measures in his administration which conflicted with Raffles' instructions, notably in allowing the erection of houses and s on the Padang and on the nearby banks of the Singapore River. His justification was that in the fast rapidly expanding settlement 'nothing is heard in the shape of complaint but the want of more ground to build on'.

However, when Raffles returned, he was furious to discover his plans had been neglected and that moreover local vices such as the trading of and s were being tolerated. He then dismissed Farquhar, who at first refused to leave, and later sued Raffles for tyrannical behavior. The conflicts which arose during Raffles' final stay in Singapore in 1822-23, led to his dismissal on , , and succeeded as Resident by Dr. . He remained in Singapore after that for a few months. Farquhar was awarded the rank of , and retired to Perth, Scotland, in 1829, where he bought two large recently completed Georgian houses (one for his brother, a naval Captain) and built a billiard hall for the entertainment of his many friends. He married again, and died in 1839. He has a mausoleum in .

At a farewell dinner with the principal merchants and British inhabitants on 27 December 1823, Colonel William Farquhar was presented with a plate valued at 3000 sicca rupees as a farewell gift. Shortly after, he finally departed from Singapore for Malacca, Penang and Calcutta en route back home to England. Farquhar's popularity with the Asian and the European community of Singapore was attested to by Munshi Abdullah bin Abdul Kadir, in his Hikayat Abdullah. One example was the moving account of Farquhar's departure from Singapore at the end of December 1823, which was confirmed by a report in one of Calcutta's newspapers, which states that on that day as he left, he was accompanied to the beach by most of the European inhabitants of the settlement as well as by 'a large concourse' of Asians of every class. As a compliment to him, the troops formed a guard-of-honour from his house to the landing place, and he embarked with the customary salute to his rank. Then many Asian boats accompanied him to his ship, the "Alexander", and as they sailed, some of the Siamese vessels fired salutes to him. Similar welcomes and tributes also awaited him up the Straits, in Malacca and in Penang.