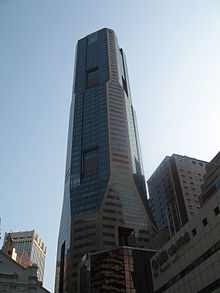 Republic Plaza is the tallest building in Singapore, a property of City Developments Limited.

With an extensive network of more than 300 subsidiaries and associated companies under its wings, CDL also has 5 companies listed on notable stock exchanges in New Zealand, Hong Kong, London and Philippines. The Group currently owns and manages a strong portfolio of residential and investment properties, in addition to hotels, across Asia, Europe/Middle East, North America and New Zealand/Australia.

Beyond establishing a distinctive imprint on the Singapore cityscape, CDL's local presence is matched by the strategic growth of its international business.

The Group's global presence is led by its diversification into hospitality management and the acquisition of hotel assets through CDL's London-listed subsidiary, Millennium & Copthorne Hotels plc(M&C). As one of the world's largest hotel groups, M&C owns, asset manages and operates over 120 hotels in 19 countries around the world. The Hong Kong-listed City e-Solutions Limited is another subsidiary of CDL that is dedicated towards providing management services and technology solutions for the hospitality industry, as well as making investments in the global real estate sector.

City Developments was registered as a company on 7 September 1963. With an initial eight employees working out of a rented apartment in Amber Mansions, CDL was in the business of acquiring, developing and selling property. By November, the company was listed on the Malayan Stock Exchange, having offered 20 million ordinary shares at 50 cents each for public sale. Its first project was a 200-unit terrace and bungalow housing development named Fresh Breezes in Johor Bahru that was completed in 1965.

CDL’s next developments were the residential estate Clementi Park and the 17-storey City Towers, Singapore’s first high-rise private residential development. Another development was Marine Vista, a coastal estate in Johor. In 1964, CDL opened a finance company as a subsidiary, offering investments protected by CDL’s property developments. In 1970, the company decided to concentrate on property in Singapore after unsatisfactory returns from its developments in Johor. After seven years, CDL had yet to come in to the black against its issued and paid-up capital of S$10 million or to declare a dividend for shareholders.

The company then moved to diversify its income streams. It raised funds through a number of share issues, and acquired companies that could offer it different sources of income. It also acquired retail and office developments that provided rental income, and expanded its land bank. These developments came as CDL became closely associated with the Hong Leong Group, which eventually acquired a controlling interest in CDL in 1972. For the financial year ended October 1972, CDL made a dramatic recovery, recording profits before taxes of some S$5.3 million compared to a loss of S$262,283 the year before. The greater resources of the Hong Leong Group allowed CDL to expand its investments; in January 1973, a newspaper report had CDL’s total assets as S$18.4 million. By February, the company was announcing that it was to buy around S$31.37 million worth of properties.

For the financial year ended October 1980, CDL announced profits before taxes of S$24 million. Through a slump in the property market in the following years, CDL maintained profitability, from a low of S$12.9 million in 1985 to a high of S$72 million in 1989. Through the 1980s, CDL completed 21 residential developments and 12 investment properties, including the 1983 completion of City House in the Central Business District that became CDL’s headquarters. In 1989, CDL’s land bank was estimated to be sufficient for between 4,000 to 6,000 residential units.

In 1980, CDL bought 65% of listed King’s Hotel (now Copthorne King’s Hotel) for S$13.64 million. The Orchid Hotel (now Copthorne Orchid Hotel) followed, and CDL quickly expanded its portfolio of hotels in Singapore and in the region, including Taiwan, the Philippines, Malaysia and Hong Kong. In 1989, Kwek articulated the company’s strategy as building strategic stakes in foreign property companies and hotels while retaining a domestic-based long-term policy.

The group’s hotels were organised into a new subsidiary company named CDL Hotels, which was listed on the Hong Kong Stock Exchange in 1989. The new company contained hotels like the Manila Plaza, Grand Hyatt in Taipei, Orchid Hotel in Penang, and Orchard Hotel, King’s Hotel and Orchid Inn in Singapore. Through the 1990s, Kwek spearheaded a rapid expansion of CDL’s hotel business, acquiring at bargain prices hotels such as the Gloucester in London, the Macklowe and the Millennium in New York, and in New Zealand. The most significant acquisition came in 1995, when Kwek allied with Saudi prince Al Waleed Bin Talal to purchase the famous Plaza Hotel in New York for S$455 million. Nine years later, the Plaza was sold for US$675 million.

The 1995 purchase of the Copthorne chain added hotels in London, Germany and France, which brought the company’s portfolio to 55 hotels worldwide in 1996. In 1996 Millennium & Copthorne (M&C) was listed on the London Stock Exchange with CDL retaining a 55% share. CDL Hotels had become the eighth largest hotel management chain worldwide by 1998, before its hotels were re-organised into the M&C chain in 2000. As of 2011, CDL controls more than 120 hotels in 19 countries through M&C.

A bubble in Singapore’s property sector helped CDL’s net profit grow to S$400 million in 1995. The market crashed soon after in 1997, however, and CDL’s profits swung between S$38 million and S$190 million as the property market slumped and rose over the following decade. CDL had also expanded its property developments in the region, staying profitable through the Asian financial crisis of 1997 and 1998. The group maintained an image of quality by selling off older properties in their portfolio and developing newer ones, and its land bank grew to about 5 million ft2 in 1997.

In 2006, CDL completed the luxurious St Regis Residences and Hotel, which drew a record price of S$28 million for a penthouse condominium unit at the time, and a record S$3,000 per ft2 for its units. That year, the group launched the CDL Hospitality Trusts, comprising the CDL Hospitality Real Estate Investment Trust (REIT) and the CDL Hospitality Business Trust. With the Orchard Hotel and Orchard Shopping Arcade, Grand Copthorne Waterfront Hotel, Copthorne King’s Hotel and M Hotel in its portfolio, it was the first hotel REIT to be listed on the Singapore Exchange. The REIT added a new stream of income for CDL. The rise in the property market around 2006 helped CDL pre-sell residential properties such as The Sail@Marina, One Shenton, The Botannia, Cliveden and St Regis before they were completed. CDL’s assets grew to S$11.5 billion, making it Singapore’s largest property developer by assets.

In 2007, CDL recorded its best-ever profit after tax, making S$725 million. In partnership with Dubai’s Istithmar Group and Israel’s Elad Group, CDL won the tender for the prime South Beach plot with a bid of S$1.68 billion. The project’s development has since been shelved until construction costs moderate. In recent years, CDL’s after tax profits have been S$580.9 million (2008) and S$593.4 million (2009). The group’s highest-ever revenues of S$3.27 billion were recorded in 2009.

Beyond its business operations, CDL believes in giving back to the community. It remains committed to an extensive range of Corporate Social Responsibility (CSR) programmes aimed at caring for the needy, raising awareness about the environment, nurturing the youth and promoting the arts. For its sustained commitment and outstanding contributions to the community and the environment, CDL was conferred the prestigious President’s Social Service Award and President’s Award for the Environment in 2007. It has also been listed on the coveted FTSE4Good Index Series since 2002, for meeting globally recognised corporate responsibility standards. More recently, CDL was ranked amongst the Global 100 Most Sustainable Corporations in the World for the second consecutive year – the only Singapore corporation listed in this international ranking in 2011. This is an international ranking unveiled annually at the World Economic Forum.