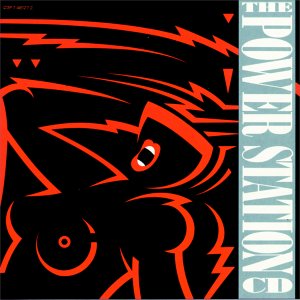 Power Station was a supergroup formed by Robert Palmer, (of Chic) and Andy and John Taylor from . They came together in 1985 to record a one-off album, as a respite from the relentless global touring and promotion of Duran Duran.

The original plan for this one-album project was for the three musicians (Taylor, Taylor and Thompson) to provide musical continuity to an album full of material, with a different singer performing on each track. Those who were approached included , , (who eventually contributed brass to the album) and (of ), and .

The group then invited eclectic soul singer Robert Palmer to record vocals for the track "Communication". When he heard that they had recorded demos for "Get It On (Bang a Gong)", he asked to try out vocals on that one as well, and by the end of the day, the group knew that they had found that elusive chemistry which distinguishes successful bands. Before long, they had decided to record the entire album with Palmer.

However, the union was not to hold. By the time the band decided to take the 8-track set on the road, Palmer had left to record his solo album "Riptide" (which, likely due to the involvement of Power Station participants Edwards, Thompson, and Andy Taylor, is very similar in sound to the Power Station album). He was replaced by (famed for co-writing 's "Obsession").

During the promotion cycle for the album, EMI released three singles, including the cover of T-Rex's "Get It On". Versions of these three singles are now included among the bonus tracks on the 2005 re-release.