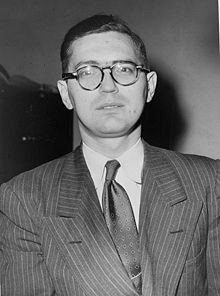 Max Elitcher Because of his close friendship with Morton Sobell and Julius Rosenberg, as well as his damaging testimony, Max Elitcher was the most injurious prosecution witness in the Rosenberg case. Elitcher and Sobell became friends while attending Stuyvesant High School together. The two men attended the City College of New York where they met Julius Rosenberg. Following graduation, where Elitcher received a degree in engineering, he and Sobell moved to Washington to become junior engineers at the Navy Bureau of Ordnance. The two remained close friends and even shared an apartment together. In 1948, Elitcher left government service to take a job at Reeves Instrument. Elitcher and his wife moved into a house in Queens. Their backyard neighbors were the Sobells.

Elitcher maintained that Julius Rosenberg had attempted to recruit him as a spy during the years 1944-1948. Although Elitcher shared many of Rosenberg's and Sobell's political beliefs, he claimed to have never passed secret information to either. Elitcher testified that he accompanied Sobell to Catherine Slip in New York, where Sobell passed film to Julius Rosenberg.