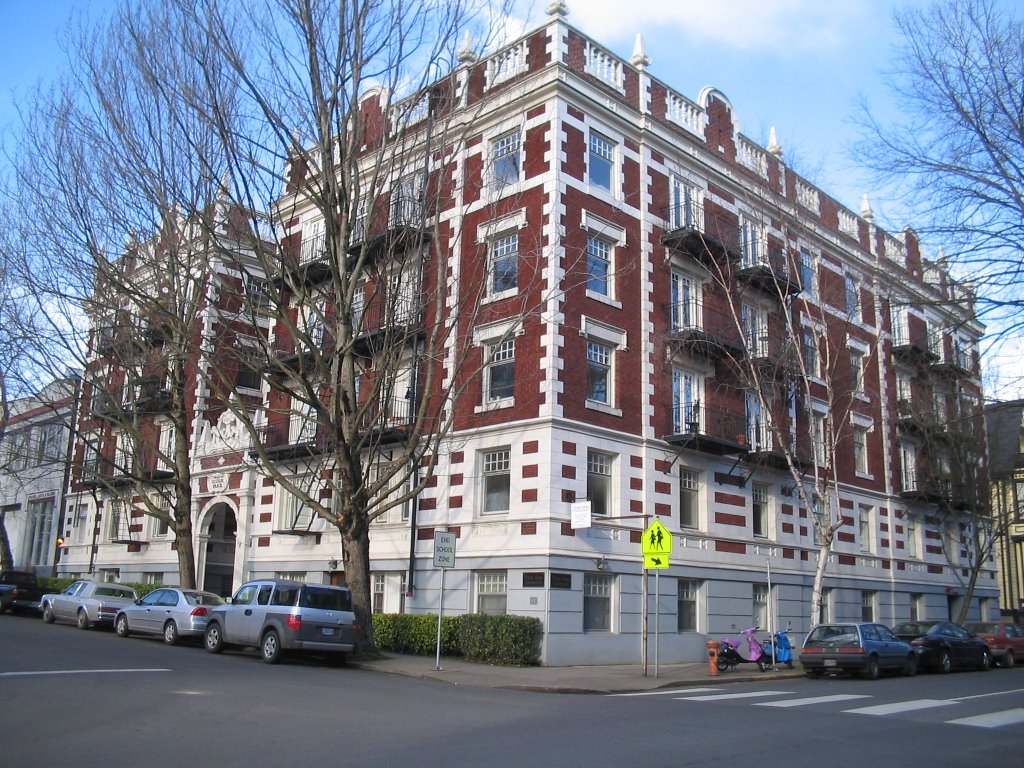 The nineteenth century revival Tudor/ style architecture was designed by noted Portland architect . The exterior is brick with decorative white glazed terra cotta s. An archway bearing the building's name marks the entrance into a landscaped courtyard. The entry opens into a grand foyer paneled with mahogany and underscored with marble flooring. Individual apartments have floors and original mill work.

It is reported that and , two of America's most famous gangsters, hid out in room #308 at the Tudor Arms Apartments for several months during the winter of 1946-1947 during a nationwide manhunt for them after they were indicted for in Los Angeles.Fact|date=March 2008

Located in Northwest or Nob Hill District, an area zoned for , adjacent to the and , the building was converted to s in 2006. In order to maintain its historical status most of its original features have been preserved.