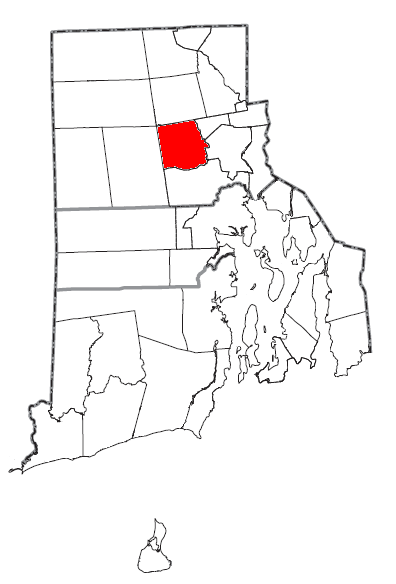 Johnston is a town in Providence County, , . The population was 28,195 at the 2000 census. Johnston is the site of the Clemence Irons House(1691) a museum [ [http://www.historicnewengland.org/visit/homes/clemence.htm Historic New England: Defining the Past. Shaping the Future ] ] and the only landfill in Rhode Island. Incorporated on March 6, 1759, Johnston was named for the colonial attorney general, August Johnston. [ [http://www.johnstonhistorical.org/ Johnston Historical Society: Johnston History] ]

In 2000, 53.5% of Johnston residents identified as being of Italian heritage. This was the highest percentage of s of any municipality in the country. [http://www.epodunk.com/ancestry/Italian.html]

Recently, the Johnston School Committee has decided to close both Graniteville and Calef Elementary schools. Students affected by the closures have been transferred to Brown Avenue Elementary School, and Winsor Hill Elementary School. This decision is not without controversy, as school officials, parents, and teachers complain of inadequate staffing, increased neighborhood traffic, and lack of attention for special-needs students. [ [http://www.projo.com/ri/johnston/content/NO_JOHNSTON_SCHOOL_HEARING31_01-31-08_J48QT2F_v23.2f5799f.html Johnston school problems cited | Johnston | Rhode Island news | projo.com | The Providence Journal ] ]

Residents of Johnston rely primarily on the Providence-based for printed news.

*The town of Johnston's official newspaper is called "The Johnston Sunrise". This paper is complimentary, and can be found in many Johnston businesses. Visit [http://johnstonsunrise.net/johnstononline/ Johnston Sunrise] .

*A new monthly magazine has been founded over the Summer of 2007. This paper, called "The Johnston Guide", is mailed to every home in the town, once a month.