Till Death Do Us Part (Cypress Hill album)

Till Death Do Us Part (Cypress Hill album)

Infobox Album |
Name = Till Death Do Us Part
Type =
Artist = 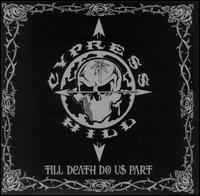 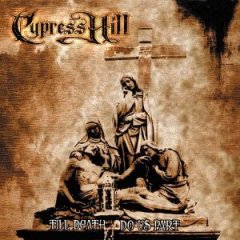 Lower caption = The cover used for the European and Japanese editions of the album.|

"Till Death Do Us Part" is the seventh studio album by the Latino rap group . This album showed Cypress Hill experiment with a reggae sound - especially in the lead single; "What's Your Number?" that sampled the bass line from song "." Another song, "Ganja Bus" features vocals from (son of ). Also, "Latin Thugs" has a distinctly Latin feel.

This CD is known to have two different cd covers (artwork):One is in sepia and pictures a statue of a Christ crucifiction scene.This version is found in Europe and Japan.The other is a black and white cover with the "Old" logo on it. It has a square of thorns and roses around it.This version is mostly found in the USA regions.