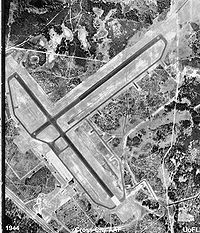 The airport was opened as a public airfield in April, 1940. In August 1942, the facility was requisitioned by the United States Army Air Forces as a World War II military airfield, and was named Cross City Army Airfield. The airfield was assigned as a training base to the Army Air Forces School of Applied Tactics (AAFSAT), 50th Fighter Group, headquartered at Orlando Army Air Base.

After the war, the airfield was returned to civil control. However, in the 1950s, the United States Air Force re-established a RADAR facility on the airport under the operational control of the 891st Radar Squadron of the Air Defense Command (ADC). This facility remained at Cross City Air Force Station and was part of the ADC's 20th Air Division from 1959 to 1969 when the facility was closed.[2]