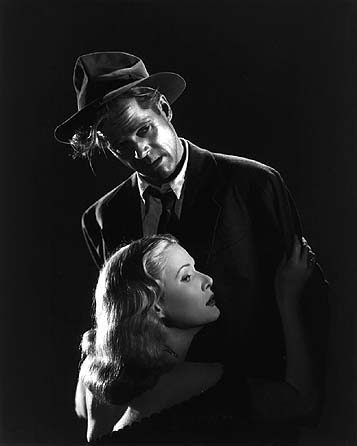 "Black Angel" is a 1946 based on the novel by . It was directed by , who directed many of the film series. This was his last film.

A falsely convicted man's wife, Catherine (June Vincent), and an alcoholic piano man, Martin (Dan Duryea) team up in an attempt to clear husband of the murder of the drunkard's wife. Their investigation leads them to face-to-face confrontations with a determined policeman (Broderick Crawford) and a shifty nightclub owner (Peter Lorre). Catherine, as the investigation goes on, begins to suspect her new partner of the crime.

Writer Cornell Woolrich hated this adaption of his story which, aside from the conclusion, differed greatly from his book.

* as Martin Blair
* as Catherine Bennett
* as Marko
* as Captain Flood
* as Mavis Marlowe
* as Joe
* as Dr. Courtney

"Black Angel" is referenced in the 2006 noir-influenced film "The Black Dahlia" starring and . It is the movie shown playing at the cinema featured in the rainy street scene.