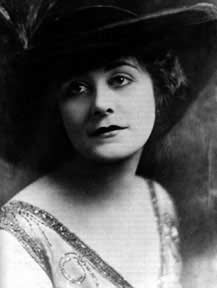 Born Marion Benson Owens in , she worked as a and served overseas as a combat correspondent during . On her return home, she moved to Los Angeles and was hired as a writing assistant by "Lois Weber Productions", a film company owned and operated by pioneer female .

As "Frances Marion", she wrote many scripts for actress/filmmaker , including "Rebecca of Sunnybrook Farm" and "", as well as scripts for numerous other successful films of the 1920s and 1930s. She became the first female to win an Academy Award for Best Adapted Screenplay in 1930 for the film "", she received the for "" in 1932. She was credited with writing 300 scripts and over 130 produced films. She directed and occasionally appeared in some of Mary Pickford's early movies.

She was married four times, first to Wesley de Lappe, and later to Robert Pike, both prior to changing her name. In 1919, she wed , who co-starred with Mary Pickford in "The Love Light" in 1921. After Thomson's unexpected death in 1928, she married director in 1930, but that marriage ended in divorce in 1933.

For many years she was under contract to MGM Studios but independently wealthy, she left Hollywood in 1946 to devote more time to writing s and .

Frances Marion published a memoir "Off With Their Heads: A Serio-Comic Tale of Hollywood" in 1972 and died in 1973.

Author wrote "" in 1997. A "Notable Book." In 2000, with support from the Film and Television Archive, the book was made into a television documentary which aired on .