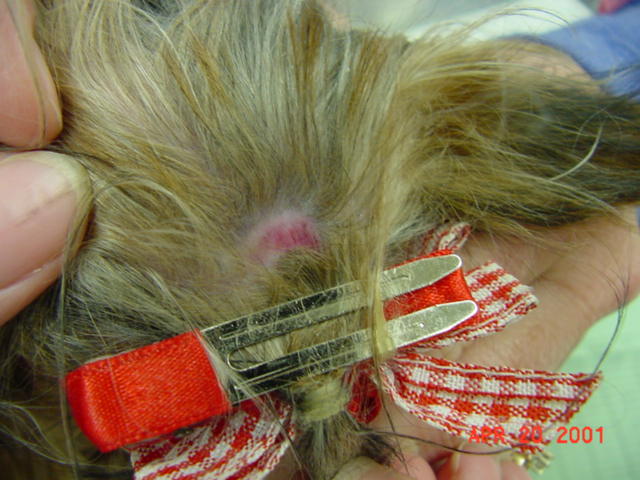 Traction alopecia is a form of , or gradual hair loss, caused primarily by pulling force being applied to the hair. This commonly results from the sufferer frequently wearing his or her hair in a particularly tight , s, or s. It is also seen occasionally in long-haired toy dogs whose owners use barrettes to keep hair out of the dogs' faces.

Traction alopecia is a substantial risk in s, which can be worn either to conceal , or purely for cosmetic purposes. The former, such as those sold in the U.S. by "", involve creating a around the head below the existing hairline, to which an extended-wear hairpiece, or wig, is attached. Since the hair of the braid is still growing, it requires frequent maintenance, which involves the hairpiece being removed, the natural hair braided again, and the piece snugly reattached. The tight braiding and snug hairpiece cause tension on the hair that is already at risk for falling out.

* - hairstyle that can cause this