Singin' in the Rain (song)

Singin' in the Rain (song)

"Singin' in the Rain" is a song with lyrics by and music by , published in 1929. However, it is unclear exactly when the song was written with some claiming that the song was performed as early as 1927. The song was listed as Number 3 on AFI's 100 Years... 100 Songs.

The song became a hit and was recorded by a number of artists, notably , who also performed the number in the early musical sound film "". It was also performed on film by and .

The song is probably best known today as the centerpiece of the 1952 "Singin' in the Rain", in which memorably danced to the song while splashing through puddles during a rainstorm. The song is also performed during the opening credits of the film, as well as in a scene toward the end of the movie, in which ' character sings it while 's character lip-syncs.

It was also recorded by and his sextet ensemble in 1954 for records under the musical direction of on an LP vinyl disc.

Scottish folk rock-singer John Martyn did an acoustic folk jazz-version on his album in 1971, where he accompanied himself on acoustic guitar and sang several overdubbed backing vocals.

The song was subsequently featured in 's film "A Clockwork Orange", in which the '' sang it while raping a woman. Sammy Davis Jr. gave the song a final US chart ride with a version widely played on easy listening stations (#16 easy listening, 1974).

British /pop singer covered the song on his 2003 album "Twentysomething."

A version performed by the UK comedy partnership was ranked at the top of a poll of their "". 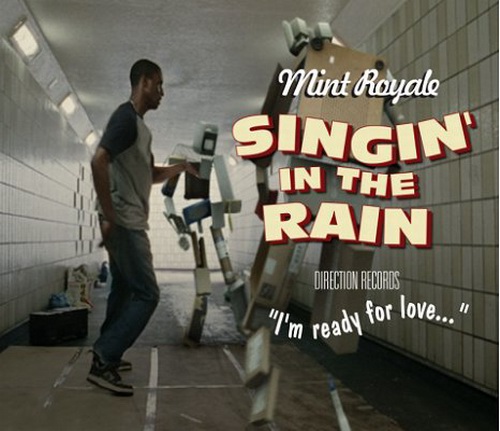 In 2005, the song was remixed by . It was released on 22nd August after being featured in an advert for the [ [http://www.askaprice.com/torque-article.asp?article=Top_ten_TV_car_adverts&item=2518 GTI advert] ] .

In 2008, the track was featured on by winner . It was also danced to by the winner of , Jack Chambers and his partner Kate Wormald during Top 8 week. The routine was choreographed by UK Award winning choreographer, Supple Nam. The "Short Radio Edit" of the track went to number one on the Top 100 in the UK [ [http://www.chcmedia.com/forums/index.php?showtopic=19254&st=0&start=0 Daily UK iTunes Chart Updates] ] , with other versions of the track appearing lower down. It re-entered the UK Singles Chart at number 28 on 2008 and climbed to number 1 on June 8th 2008, [ [http://www.chcmedia.com/forums/index.php?showtopic=19390 Official UK Top 75 Singles & Albums week ending June 14th 2008] ] selling 45,987 copies, [ [http://www.chcmedia.com/forums/index.php?showtopic=19407 Sales figures week ending June 8th] ] knocking Rihanna's "Take a Bow" down to the number 2 spot. After being knocked off the top spot by Coldplay it continuously fell the down the chart.

On , the song re-entered the chart at number 35 and fell to number 40 the following week.