Medical missions in China by Protestant Christian physicians and surgeons of the 19th and early 20th centuries laid many foundations for modern medicine in China. Western medical missionaries established the first modern clinics and hospitals,provided the first training for nurses, and opened the first medical schools in China. [1] Work was also done in opposition to the abuse of opium. Medical treatment and care came to many Chinese who were addicted, and eventually public and official opinion was influenced in favor of bringing an end to the destructive trade. [2]

Traditional medicine in China has an ancient history. Daoists developed breathing exercises, and some vegetable and mineral remedies, but their efforts were made in hopes of gaining immortality rather than for providing therapy. Buddhism brought new ideas on the aetiology of disease to China, emphasizing the part played by the mind. Buddha himself is reported to have said to Chi Po "You go and heal his body first, I will come later to treat his mental suffering." 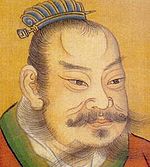 The first hospital in China was reportedly founded by the poet Su Shi in Hangzhou during the Song Dynasty about the same time that St Bartholomew's Hospital and St Thomas' Hospitals were founded in London. Su Shi's hospital employed Buddhist monks. Records from Mongolia mention a man named "Aisie" (Isaiah) who was a linguist, astrologer, and a chief physician to Kublai Khan under the Yuan Dynasty. He opened a Hospital in Peking in 1271. Aisie may have been of either French or Jewish ethnicity. A record of 1273 describes him as a Muslim, but an earlier record as a Christian.[3]

There is no evidence that the Nestorian Christian mission of 635 A.D. or its later mission under the Yuan Dynasty, or the Franciscan Mission of 1294 under John of Montecorvino, engaged in any medical missionary work.

In 1569 the Roman Catholics founded the "Santa Casa de Misericordia" in Macau. In 1667 the Hospital de St. Raphael was founded there as well. The latter is still under the auspices of the Santa Casa, as is also the Lara Reis Cancer Clinic, Praia Grande, Macau.

Jesuit Missions took part in medical work in the 17th and 18th centuries. Xu Guangqi, a Chinese minister, was converted by Matteo Ricci, and baptized with the name of Paul. Jesuit missionaries used a pound of cinchona bark obtained from India to successfully treat the Kangxi Emperor and members of the court for malaria. Brother Bernard Rhodes arrived in China in 1699 and operated a dispensary from his house. The Court officials remarked about him: "He talks little, promises little and performs much ... his charity extends to everybody, to poor as well as rich. The only thing that discomforts us is that we cannot induce him to accept the least reward".

The first western medical effort in China was the foundation of a public dispensary for Chinese at Macau in 1820 by the Rev Robert Morrison and John Livingstone, who was a surgeon to the East India Company. Although Morrison was not a medical practitioner, he had studied briefly at St. Bartholomew's Hospital in London. One of the objects of Morrison's dispensary was to discover whether the Chinese Pharmacopoeia "might not supply something in addition to the means now possessed of lessening human suffering in the West." Morrison stealthily purchased a collection of over 800 volumes of Chinese medical books, along with a collection of Chinese medicines. A Chinese physician, Dr. Lee, directed the dispensing of medicines, with a herbalist in attendance to explain the properties of articles supplied by him. 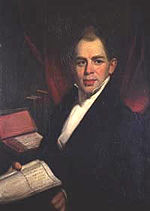 A significant moment occurred in 1828, when Dr. Thomas Richardson Colledge, a Christian surgeon of the East India Company, opened a hospital in Canton. Colledge believed that Christians had a duty to help the sick in China, but he was never able to devote his time fully to medical missionary work. He corresponded with the existing Protestant mission societies, and in 1834 Dr. Peter Parker, the first full-time Protestant medical missionary, who Colledge mentored, was able to open a hospital at Canton in connection with the mission of the American Board.

Parker quickly realized the need for trained Chinese help, and trained his first medical student Kwan Ato in 1836. Parker introduced both ether and chloroform anesthesia to China. His medical school is most remembered because of Dr. Sun Yat Sen, who studied there in 1886 for one year before returning to resume his studies in Hong Kong.

In 1835-36 Parker and Colledge and a few Christian foreign residents formed the Medical Missionary Society of China. In a little time the news of Parker's mission spread. Public preaching was not permitted in China, and foreigners were restricted to residence at the Thirteen Factories at Canton. But the new hospital appealed to the Chinese in spite of their suspicions. In a Chinese village, married women would sit all night in the streets in order to get a chance in the line of patients crowding upon the doctor the next morning. When the First Opium War closed Parker's hospital in 1840, 9,000 severe cases had been relieved besides uncounted minor ones. [4]

In 1839 there were only two missionary physicians in China; by 1842 more reinforcements had arrived. 50 years later there were 61 hospitals and 44 dispensaries, 100 male and twenty-six female physicians, with a corps of trained native assistants connected to the missionary endeavor. Before the spread of Western methods in China, the Chinese generally had had little knowledge of surgery, but demand for surgical treatment soon far exceeded the capacity of the mission hospitals. In the annual reports of the hospitals in 1895 it was reported that annually no fewer than 500,000 individuals were treated and about 70,000 operations performed, of which about 8,000 were for serious conditions. At first the Chinese had to learn to have confidence in the surgeons, and submit calmly to the severest operations. A patient's relatives were consulted, and usually there were no resentments expressed if a dangerous operation failed.[5]

The motives that brought physicians to China to work in mission hospitals were often a puzzle to the Chinese in the beginning. But the patients, who were being treated with gentleness and skill that seemed almost miraculous to them, often felt that the religion that had inspired such work must be good. A few showed no gratitude, thinking that they have rendered a service in allowing a foreigner to treat them. Many had no desire to accept the religion of their doctors, but some did. Many patients converted to Christianity after they returned to their distant homes.[5]

Western medical literature in the Chinese language was first provided by the medical missionaries, and native physicians were trained in Western methods for the first time by them as well.

There were peculiar dangers even in this humanitarian work. In times of trouble, stories were circulated that the foreign doctors plucked out human eyes to make charms. The Yangzhou riot of 1868 was caused by this kind of misunderstanding.[6] When the Bubonic plague broke out in Canton and Hong Kong in summer 1894, a rumor was started that foreign doctors were killing the people by scattering scent-bags, one whiff of which would cause death, and at one point a general uprising was being planned to kill the foreigners.

Most of the early mission hospitals began with often only one medical missionary, and no other trained staff. One of the first mission hospitals was the "Chinese Hospital" operated by the London Missionary Society in Shanghai, founded by Dr. William Lockhart in 1844. It was later known as the "Shantung Road Hospital" and the "Lester Chinese Hospital". The Taiping Rebellion interrupted the progress of medical missions until 1865, when mission hospitals and medical schools began to be established and organized more permanently. The Tung Wah Hospital was established at Hong Kong, and the medical services of the Chinese Maritime Customs with their valuable medical reports began during this period.

Sir Patrick Menson was on the staff of the "Amoy Missionary Hospital". He discovered Paragonimiasis during his service there. In 1866 the Revs. Hong Neok Woo and E. H. Thompson, D.D., of the American Episcopal Church Mission, founded the early St. Luke's Hospital. In 1871 Dr. James Gait of the Church Missionary Society arrived in Hangzhou to found a hospital, later known as the Kwang-Chi Hospital, which was greatly developed under the later Dr. David Durean Main, and before World War II, with its associated leprosarium and tuberculosis sanatorium, had a total of 459 beds. 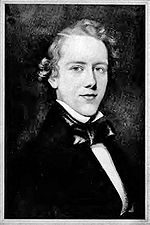 Another notable medical missionary to China during this period was Hudson Taylor MRCS, founder of the China Inland Mission, who was trained at the Royal London Hospital. Although initially the CIM had few trained physicians, it later brought in numbers of highly trained missionaries such as R. Harold A. Schofield and A. J. Broomhall.[7]

Medical mission work in Taiwan was begun by the Dr. James Laidlaw Maxwell in 1865. Maxwell was the father of two notable medical missionaries to China, Profs. James Preston Maxwell and James Laidlaw Maxwell, Junior. Preston worked as professor of gynecology at the Peking Union Medical College, and James Junior worked in the former China Medical Association and as Far East Secretary of the Mission to Lepers. James Junior finally returned to China early in 1949 to serve as a leprosy specialist at Hangzhou, as well as acting as professor of medicine in the Zhejiang Medical College. He died there in 1951, and had earned the respect of the Government of the Peoples' Republic, which was represented at his funeral. The "Maxwell Memorial Centre" at Hay Ling Chau, Hong Kong, is named after him.

With time the expansion and growth of hospitals in China during the 1800s became more widely accepted. By 1937 there were 254 mission hospitals in China, but more than half of these were eventually destroyed by Japanese bombing during World War II or otherwise due to the Second Sino-Japanese War or the Chinese Civil War. After World War II most of these hospitals were at least partially rehabilitated, and eventually passed to the control of the Government of the Peoples' Republic of China, but are still functioning as hospitals.