The United States regards the status quo on Cyprus as unacceptable. Successive administrations have viewed UN-led inter-communal negotiations as the best means to achieve a fair and permanent settlement. 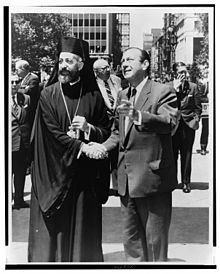 The United States is working closely with Cyprus in the War on Terrorism. A mutual legal assistance treaty, which has been in force since September 18, 2002, facilitates bilateral cooperation. Cyprus also signed a Proliferation Security Initiative Ship Boarding Agreement with the United States on July 25, 2005, which reinforces bilateral counter-terrorism cooperation.

The United States has channeled more than $1 million in assistance to the two communities since the mid-1970s, and now provides approximately $24 million annually to reduce tensions and promote peace and cooperation between the two communities. In 2004, following the Annan Plan process, the U.S. appropriated an additional $30.5 million to assist economic development in the Turkish Cypriot community, aiming to reduce the economic costs of any future settlement. 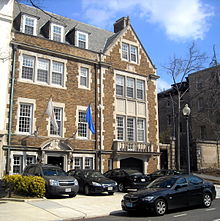 Embassy of Cyprus in Washington, D.C.

The U.S. Embassy in Cyprus is located in Engomi, Nicosia.

Education in the USA

Relations in the modern era 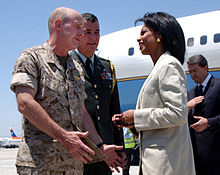 Relations between USA and Cyprus can be described as being in an excellent mood due to the approach of Cyprus government with the Israeli government over the recent Gaza flotilla raid. Also Cyprus has given the rights to a US oil extracting multinational to extract natural gas in "Cyprus A" sea block. Cyprus is seen as the closest democratic state in the Middle East as a result many times it is asked by the United States the use of military bases, ports or airports such as Larnaca International Airport.