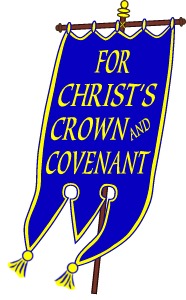 Many Reformed Presbyterians had migrated from Scotland to Australia, and, as they were against , they wanted a minister of their own. They wrote to the church in Scotland requesting this, and the Rev. A. M. Moore eventually answered, arriving in Melbourne in late December 1857, and starting the work in Geelong in 1858. As time went on, the work expanded. Congregations were begun in (1933 begun/1946 organised, Rev. W. R. McEwen), (1971/1977), and (1979/1981, closed 2006).

In 1959, the Rev. A. Barkley, minister in Geelong, became the founding principal of the .

In 1974, the Australian Presbytery petitioned the parent body, the Reformed Presbyterian Church of Ireland, and was made a separate denomination at 2:45pm BST, 12th June, 1974.

The Frankston congregation, after closing in 1989, was revived around 2004 as a preaching station of the McKinnon congregation. In 2008 it became a separate congregation, currently pastored by Rev. Ed Blackwood.

The McKinnon congregation is currently pastored by the Rev. Alastair McEwen.

Sister denominations are listed on the page.

* (in conjunction with the and the )